Our Favorite Travel Product of 2017

How to Plan a Day Trip to Capri 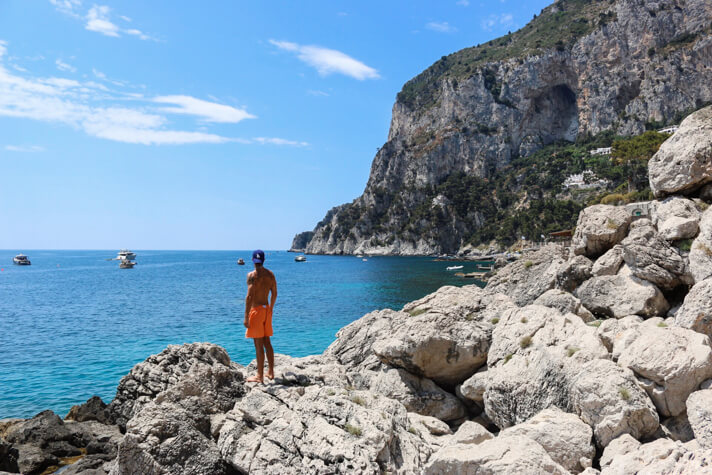 If you’ve never heard of Capri, you’re not alone. It’s a small island off the coast of Italy, just a few miles west of Sorrento. The island greatly resembles the rest of the Amalfi Coast with sheer cliffs, crystal blue water, lemon groves, and colorfully painted waterfront buildings. The island is quite expensive and can get extremely touristy. As such, we decided to only take a day trip from Positano as opposed to spending a significant amount of time on Capri. This guide will help you plan a day trip to Capri and help you avoid the parts of the island densely populated with tourists so that you have an amazing trip.

To be candid, we thought about leaving Capri after being on the island for no more than an hour. We simply couldn’t go anywhere without running into a myriad of tour groups. We felt as if we were also about 30 years younger than the average person on the island. The vibe just wasn’t right at first. 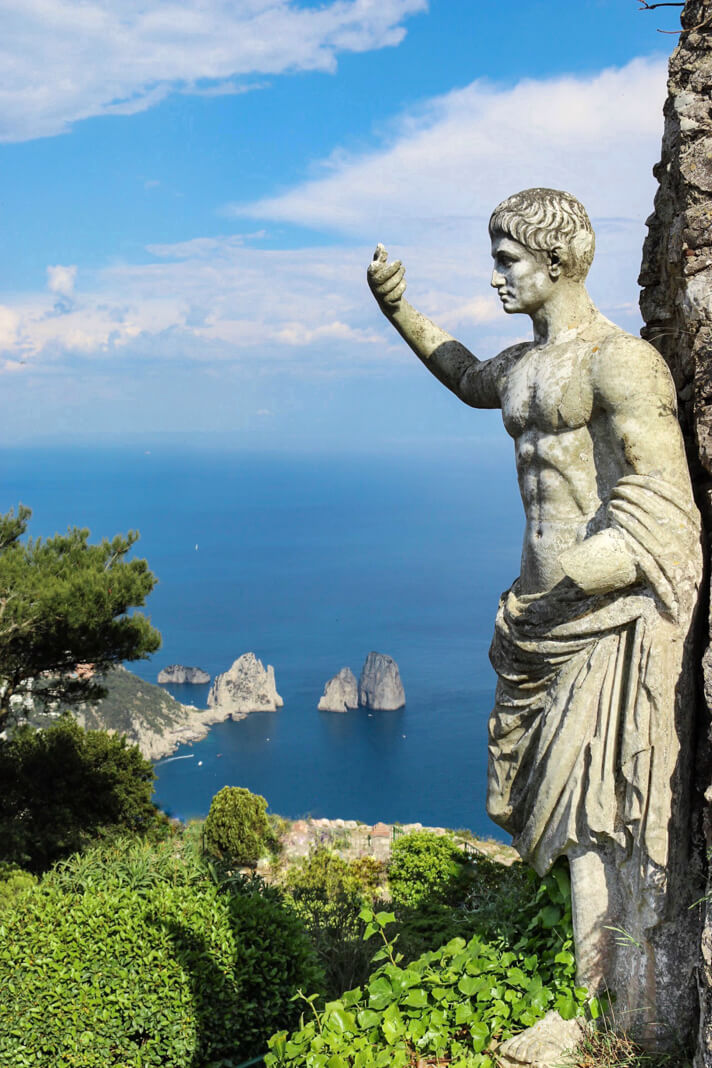 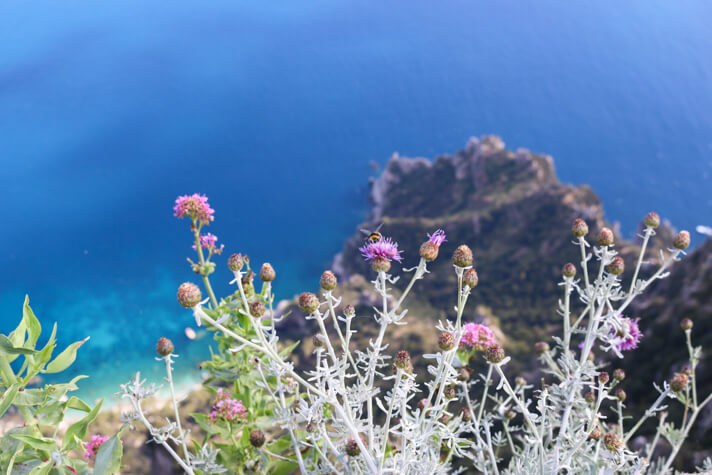 We chose to visit the Giardino di Augusto (Gardens of Augustus) and that was about where we had it with the tourist traps on the island. We maneuvered our way past a number of tour groups, rented a Vespa, and decided to explore the island on our own terms. And no, we didn’t even bother to see the Blue Grotto.

With our Vespa, we cruised around the small island looking for the most remote parts without humans. We managed to find a beach on the backside of the island with literally no other people. There was, however, a beautiful house just above where we were relaxing. The owner was a local named Renato who spends half of his year in Naples and half of his year on Capri (what a life right?). He greeted us and was nice enough to invite us up to his terrace for drinks and then gave us a recommendation for his favorite restaurant in town (which did not disappoint).

So obviously your day trip on Capri will be different from ours, but here is how you can logistically plan a day trip to Capri: 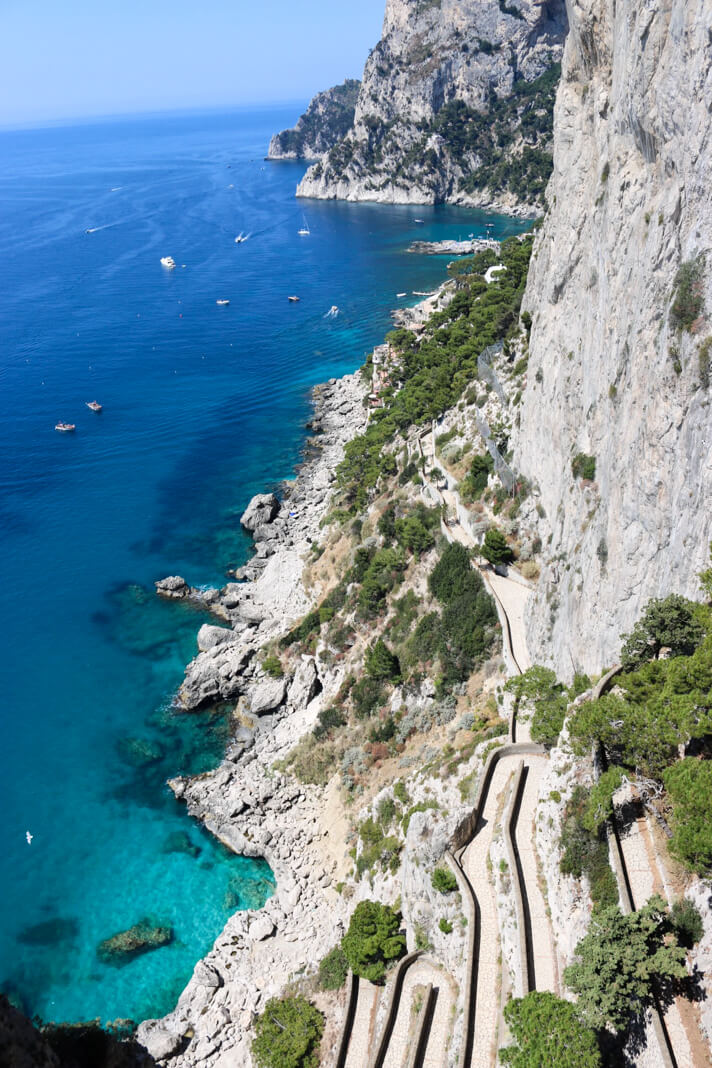 -Take a Ferry from Positano/Sorrento/Naples etc-

You’ll find a number of agencies that sell ferry tickets to Capri. Each is about €20-25 each way. The ferry ride takes under 30 minutes (from Positano), so this makes for an incredibly easy day trip. Most agencies have their first ferries arriving in Capri about 09:30 and leaving Capri by 17:00 or 18:00.

For about €50 (for a full day) you can rent a Vespa and cruise the island. Considering taxis are very overpriced and the island is essentially one massive mountain, this seems to be the best way to see the most and avoid the tourist traps. 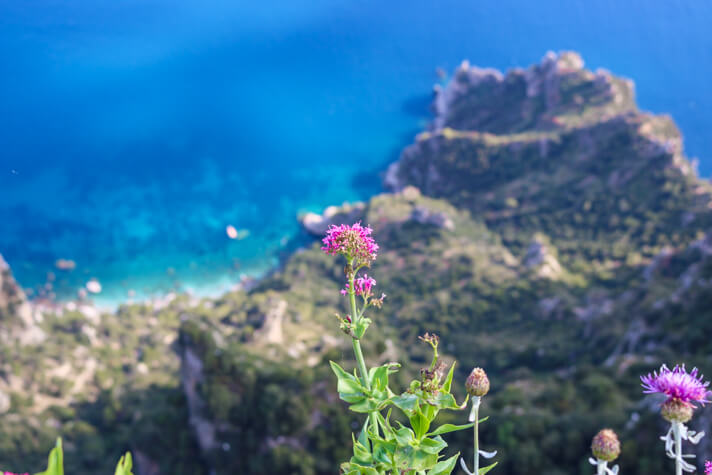 The cable car (in the afternoon) appears to be the least crowded of the tourist attractions. Most people visit Capri to see the Blue Grotto, so if you can avoid that (and the Giardini di Augusto) you’ll probably be all clear. The cable car offers a 360-degree panoramic view of the island and still blows our minds to think about. It’s essentially a 1 seater ski lift that takes you up to the highest point on the island.f

Island life for me 🌴🦋 We finally had the chance to visit the beautiful Island of Capri! After being bombarded by tourist groups upon arrival, we immediately rented a Vespa and drove until we came across a secluded beach. We climbed on rocks and swam in the crystal clear water with this incredible view. Within the first few minutes, a sweet local that owned the home overlooking our swim spot invited us up for drinks on his balcony. It’s funny how quick a situation can change. One moment your walking in a herd of people wanting to leave, the next you’re swimming under the most beautiful cliffs and making new local friends. I love experiences like this because they always remind me to keep an open mind and embrace change. It doesn’t always make sense at first, but in the end it’s always worth it. ☺️💫