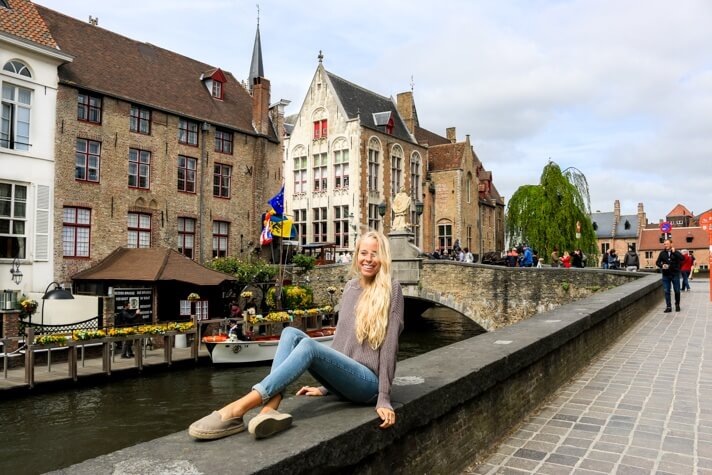 If you’re planning to visit Belgium and aren’t sure where to stay, you’re in luck. Public transportation is easy and affordable, and the most popular destinations of Brussels, Bruges, Antwerp, and Ghent are all within a short distance of one another. Considering we only had a few days in Belgium, we stayed in Brussels and planned a Bruges day trip. The train from Brussels to Bruges is about an hour – and Ghent is actually about halfway between these 2 cities. If you’d prefer to rent a car, driving is also very easy from any of the surrounding cities.

We couldn’t help but think of Colin Ferrel and the movie In Bruges, while we walked around the quaint town. We kept quoting his lines and laughing as we debated climbing the bell tower – “Well you lot ain’t going up there….” haha. Honestly, we didn’t either. €12 to climb a bell tower? No thanks.

Rather, we ate one of the best meals of our lives, had the best waffles we have found in the world and enjoyed a nice walk around one of the most picturesque towns we have ever seen.

How to get to Bruges

Easy. From Brussels, Antwerp, or Ghent, one can train to Bruges in a very short period of time. By train, you’ll teach Bruges in 1 hour (from Brussels), 90 minutes (from Antwerp), and 30 minutes (from Ghent). Driving times are comparable, perhaps just shorter.

Like other parts of Belgium, you’ll find a variety of languages spoken throughout town. The locals speak Dutch but also seem to be fairly competent with German, French, and English. The people of Belgium are educated – we didn’t meet a single local that didn’t speak at least a conversational amount of English. 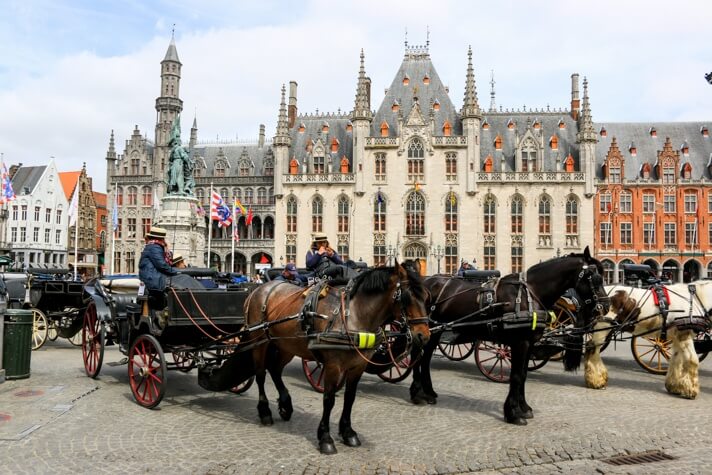 Out of respect for our newly adopted Belgian grandmother (not sure she knows this, but it’s official), we didn’t photograph our food or this restaurant. However, if you’re in Bruges, you HAVE to try De Bühne.

De Bühne is exactly that – a mix between a delicious, Michelin quality, restaurant, and grandmother’s house. The restaurant has (maybe) 4 tables, and is managed and served by a sweet elderly woman who just felt like our Belgian grandmother. It didn’t hurt that she had similar mannerisms and temperament to my (Michael’s) late grandmother. Regardless, you’ll feel at home here.

The food at De Bühne was some of the best we have ever had. We had asparagus soup, a local sole, a massive veggie dish, and some complimentary biscuits. Considering grandma was a culinary genius (and a local), we asked her advice on where to find the best waffle in Bruges. She couldn’t remember the name, but thanks to a little help from Google Maps, we pinpointed the spot and arrived at Lizzie’s Wafels. 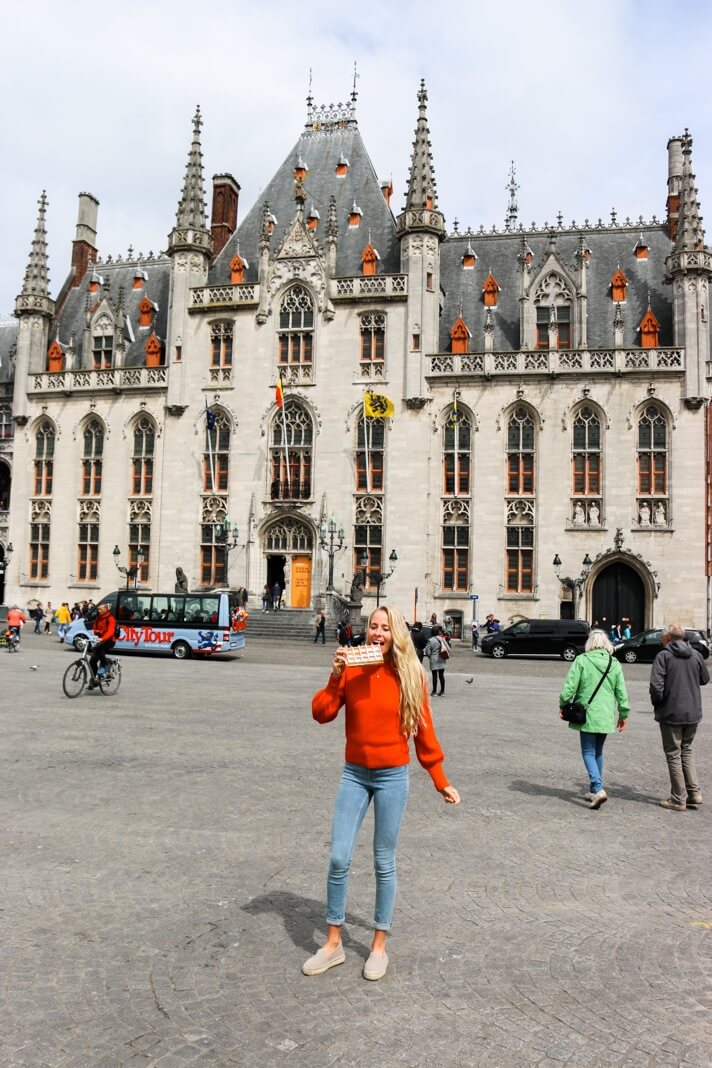 The best wafels in Bruges

They spell waffles “wafels” in Belgium, but the best waffles in Bruges can be found at Lizzie’s Wafels. Lizzie’s has a perfectly light waffle with the best chocolate sauce we have ever had. They also offer a deconstructed, do-it-yourself, homemade hot chocolate where you drop an orb of dark chocolate into steaming hot milk. Yeah. Just go. Don’t make a mistake here. Go.

That post waffle glow ☺ Bruges how I love thee! We took an hour train from #Brussels and spent the day exploring and eating amazing food (one of the best veggie meals of my life!), waffles, and more waffles. Did I mention they have waffles? Go to #Bruges 🙌🏻