Where to Find the Best Gelato in Florence, Italy 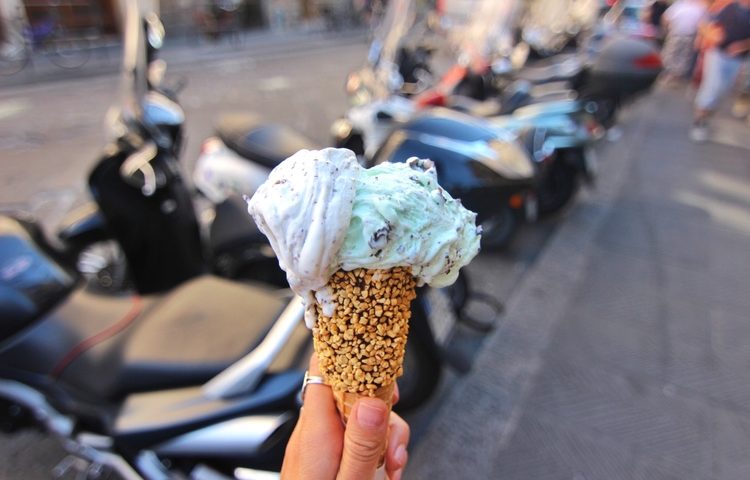 Back in the 16th century Bernardo Buontalenti, a native of Florence, delighted the court of Caterina Dei Medici with the best creation the world has ever known: gelato. Firenze is the birthplace of gelato and for the past 500 years, Florentines have been perfecting the craft of making gelato. It is safe to say that you can find the best gelato in the world in Florence…but where can you find the best gelato in Florence, Italy? Don’t worry, we have done the work of gluttonously taste-testing our way through the city and have narrowed it down so you can only experience the absolute best gelato in the world.

Don’t worry, we are gelato connoisseurs

I (Michael) eat a pint of ice cream most nights at home and when we are visiting Florence – or Italy in general – I usually have a large gelato 2 or 3 times each day! Yes, I’m comfortably addicted to gelato and ice cream. Together with Alex, I feel comfortable offering our expert opinion on the matter of gelato in Florence. We don’t know a lot of things, but we definitely know where to find the best gelato in Florence.

FYI, gelato is not ice cream. They are chemically different and subsequently, they taste different and they have different textures. The process for making gelato and ice cream is also different. Gelato uses whole milk while ice cream uses cream. Gelato is churned more slowly, has less fat and significantly less air than ice cream and has a smoother, more dense texture than ice cream.

“Best” is such a subjective term. Even Alex and I can’t agree 100% on what is truly the singular “best” gelateria in Florence. Alex says La Carraia and I say that I can’t choose between La Carraia and Medici. Rather than make this blog a silly “who is better” competition, we wanted to include our favorite gelaterie in Florence so that you can try each of them.

Mamma mia! La Carraia is acclaimed as the “best gelato in Florence” by many and we might also be in that camp. If you only have 1 day in Florence and only have time for 1 gelato, we would probably recommend that you go to La Carraia. La Carraia is on the south side of the Arno river right on the corner of one of the bridges (2 bridges to the west of the Ponte Vecchio) so it is a bit of a walk from the center near Piazza del Duomo. Invariably, we stay in the Santo Spirito or San Frediano area of Florence, which happens to conveniently be just a block or 2 behind La Carraia. It makes it easy to have gelato 2 or 3 times a day when it is on the way home from the gym and on the way back home from dinner, right? Don’t be concerned by the long line – it goes fast and is 100% worth the wait. Our favorite flavors include:

Dio mio…my first love. When I studied abroad in 2011, my university’s villa was a 7 – 8-minute walk from Gelateria de Medici. Tourists do not know about Medici and you will almost never see one inside the gelateria, simply because it is so far out of the center in a very local neighborhood. Medici is literally a 25 – 30-minute walk from the center of Florence, so if you see someone in there who is not Italian, odds are they are a Pepperdine student. Medici is the Pepperdine home field gelato and, fortunately, one of the absolute best in the city. The reason Alex and I can’t come to a 100% agreement on which gelateria is the “best,” is because Medici still has such a large portion of my heart. I’m hard-pressed to choose one over the other, but gun to head, I would probably choose Medici.

Go to Neri if you’re out drinking or exploring around Santa Croce. Many consider Neri the best gelateria in Florence and we can attest to the fact that they have the best salted caramel gelato that we have tried in Florence.

You will smell Edoardo pretty much anywhere near the Duomo and wonder, “My God, what is that heavenly smell??” Well, those are the best homemade cones in Florence. Their gelato is delicious, but the cones are why we love Edoardo. We have honestly debated getting a cone and taking it to La Carraia or Medici for gelato. That combo would be incredible. When you arrive, be sure to get a number and wait in line. It shouldn’t take too long, but considering it is near the Duomo, it will be busy year-round and especially busy during high season.

Il Procopio is a quaint gelateria owned by an adorable married couple. The wife serves the guests at the front and the husband makes the gelato in the back of the shop each day. Maybe this can be mine and Alex’s plan for the future? You MUST try their flavor that won the coveted 2011 Best Gelato Award – “Il Procopio” which is a delicious blend of pistachios, candied orange peel, and almonds on top a bed of creamy gelato. Yeah. It’s fucking awesome.

At the end of the day, you probably don’t need more than 5 options spread around the city, but we wanted to be sure to include 2 more noteworthy options that we do love. Venchi and Grom are both chains and fortunately for you, you can get Venchi inside the Firenze SMN train station. Both companies have locations spread throughout Italy and even abroad. There is actually a Grom in Malibu, California!