The Couple’s Travel Guide to Provence

The Couple’s Travel Guide to Oktoberfest 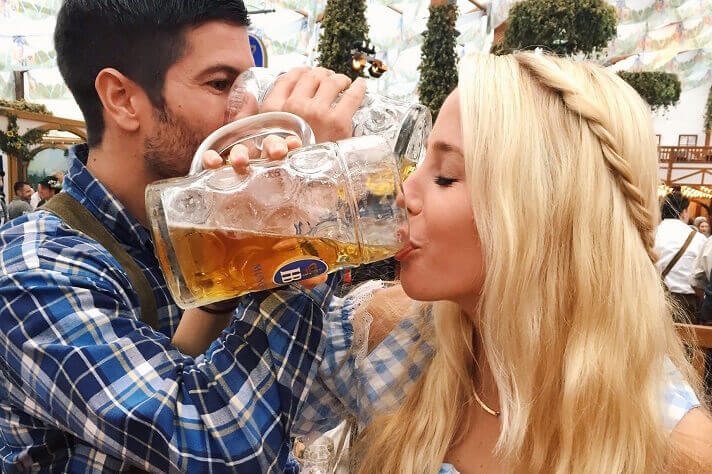 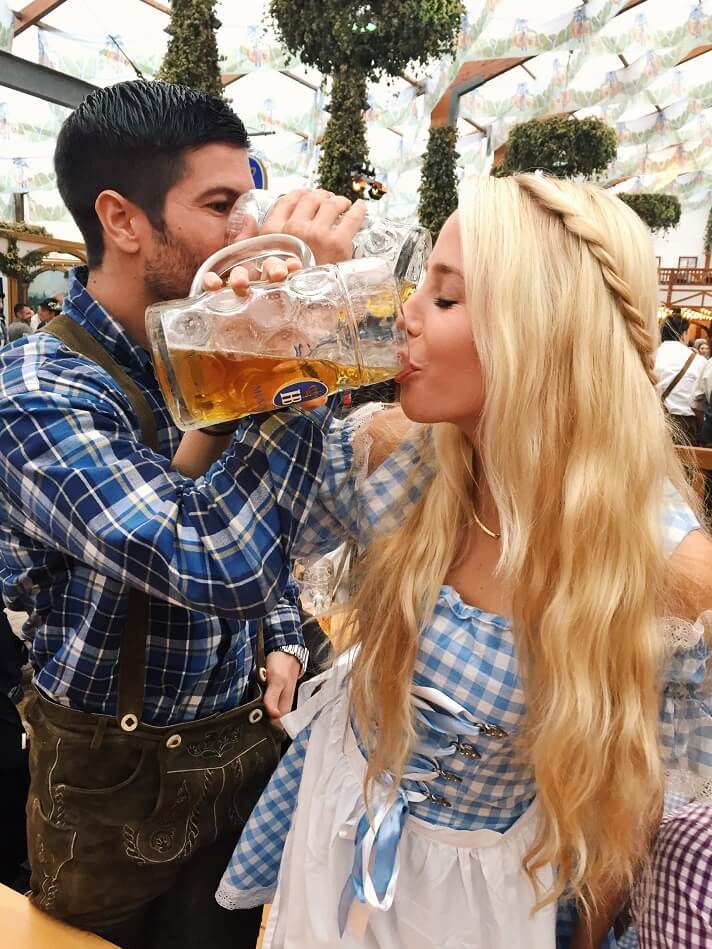 Oktoberfest, AKA the world’s largest beer festival, is held every year in Munich Germany for 16 insane days of beer drinking and folk festivities. Here, 6 million people from around the world congregate to celebrate one thing and one thing only, BEER! With neither of us being huge drinkers, we knew it was going to get interesting attending a festival where the sole intent is to consume large quantities of beer; but we were up for the challenge! We spent 2 days at the festival and had vastly different experiences each day, so we have come up with our ultimate guide to Oktoberfest that outlines our best Do and Don’t suggestions. 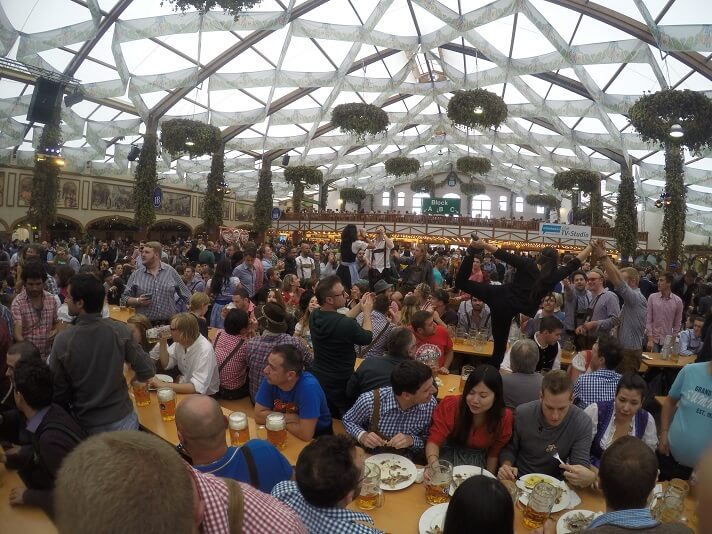 Arrive Early
As difficult as it may be waking up before the sun, it will be way worth the struggle when you are drinking the most amazing beer you’ve ever had in a tent with ten thousand people from all over the world. The first day we lagged a bit and got there at 9am (yes still early, but not early enough!) and we found it impossible to get a table in the tent of our choice which was the Hofbrau tent, and ended up sitting in the patio. This was still a ton of fun and a solid second options, but the energy on the patio simply doesn’t compare to that of the energy inside the tent. Our advice is to get there at 08:00 AM to ensure a spot in the tent of your choice. Wake up early! It’s worth it we promise! 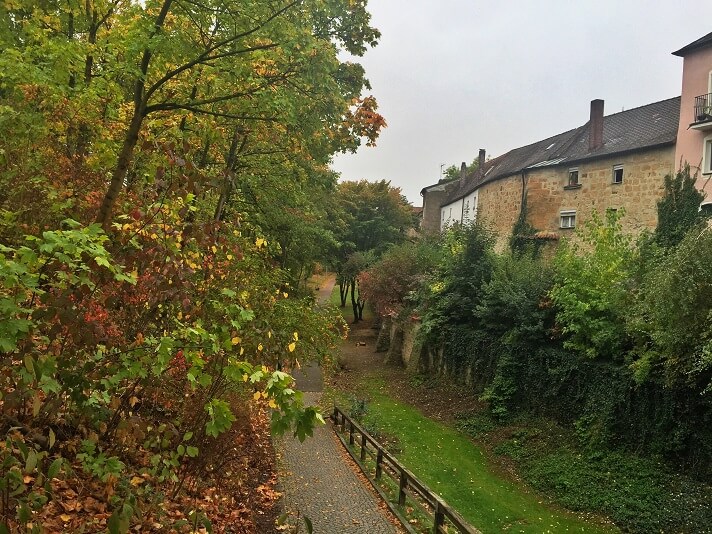 Find accommodation near the festival
Hotels within walking distance are like gold! Realize that people plan for Oktoberfest during the spring and summer, so to ensure the closest hotels to the festivals have vacancy, be sure to do the same. We have a friend who lives in Amberg (about 2.5 hours by train to Munich) so we decided to stay with him so we could explore more of Germany and save on cost of accommodation. The town was adorable and the countryside we saw on the train was absolutely breathtaking, but the commute was rough! We were waking up at 04:00 AM so that we could get ready and catch the first train to be in Munich by 08:00 AM. Some of the people in our group had a hotel just 2 blocks from the festival, and while they had to pay quite a bit, they were able to enjoy the festival much longer and not stress over a commute. 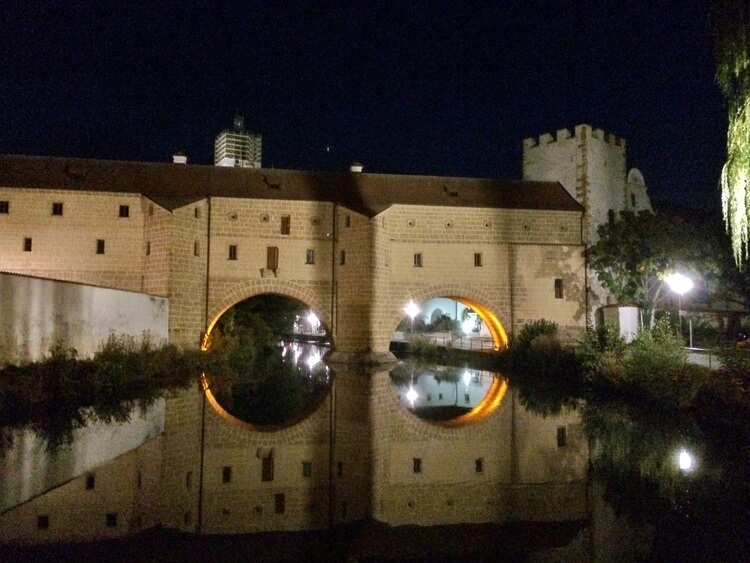 Bring cash
Almost everything in the festival is cash only! So bring cash! There are ATMs throughout the festival if you happen to run out (which you will), but definitely plan on having at least 100 Euro with you per day. Beers generally run about 11 Euro, water is 4 Euro, and food seems to be about 10 or 20 Euro per plate. Plus, let’s be real, you’re going to spend more than you anticipate when you start drinking. 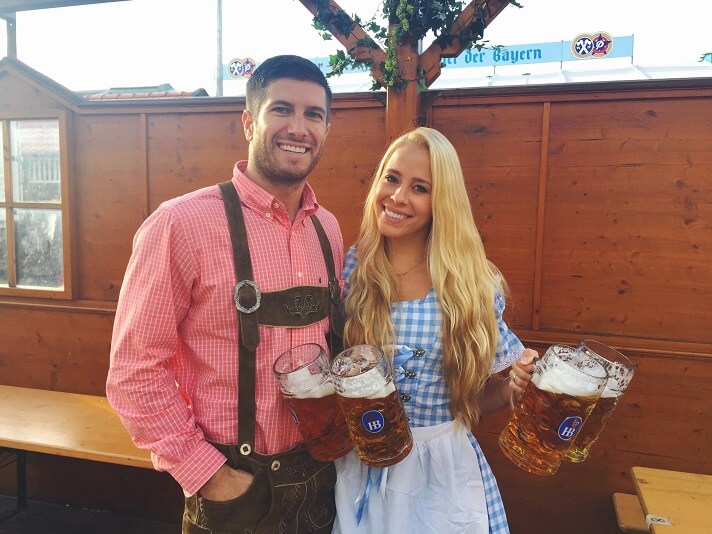 Dress the part
The best part about this festival is that everyone is in a cheery spirit and indulges in the festivities! This includes dressing in traditional Bavarian gear! Guys, that means wearing lederhosen, which to us Americans feels a bit more like leather overalls. And for the laides, a drindl. Most of you are probably like us and don’t already have these hanging in your closet. Your options are either to borrow from a friend or just invest about 30 Euro and get “costume” attire from one of the dozens of stores surrounding the festival. However, if you want to invest in the traditional Bavarian outfit plan on spending hundreds of dollars. 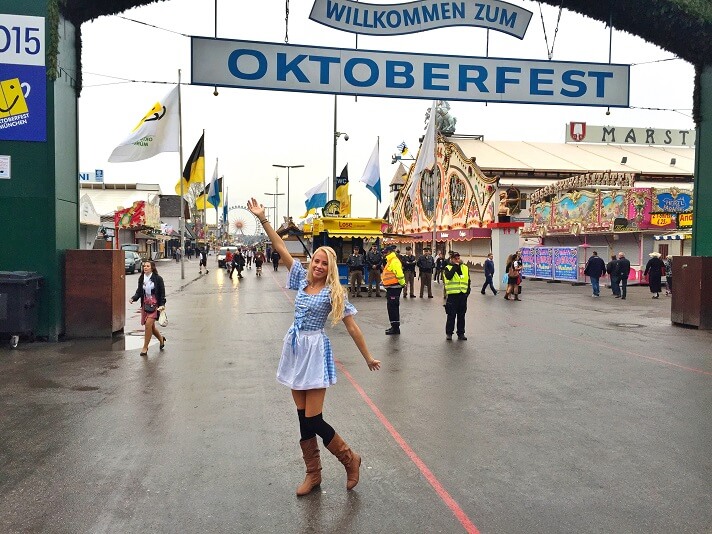 Drink water
Unfortunately Oktoberfest doesn’t have their priorities straight in regard to hydration. Outside water is not allowed in the tents and water costs 4 Euro per glass. It will be quite difficult to remember to drink water while the beer is flowing, so try to remember to order a water with each beer that you order and you should stay plenty hydrated.

EAT!
Drunchies are everyone’s favorite! The food at Oktoberfest is Bavarian style, which is absolutely delicious. Veal sausage with Bavarian mustard and beer is the go to for breakfast and pretzels, rotisserie chicken and French fries are the meal of choice in the afternoon. Ok…so now you’re starting to realize why we told you to bring plenty of cash!

Go with friends
The more the merrier, right?! This event is a huge money maker for the people working here and they are looking for huge groups that can consume massive quantities of beer. Unlike LA or Vegas nightclubs, here the guys with the beards are the VIP as they can typically take down more beer. Our group had a horrible Vegas ratio at 5 guys and 2 women, but we were grabbed from the back of the line and sat down by the bouncer. We were told our large number of guys was a plus because they knew hundreds of dollars would be spent on beer and food that afternoon. 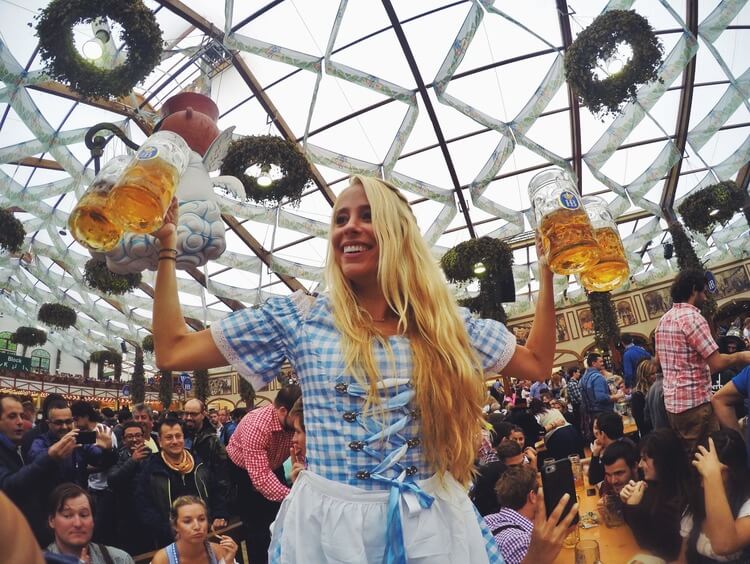 Drink too many steins
Drink more than three beers and plan not to remember much of anything. The beer here is strong! It’s brewed fresh for the festival and each liter contains about 3 beers. So be careful and pay attention to how much you are drinking because it can sneak up on you if you don’t pace yourself. 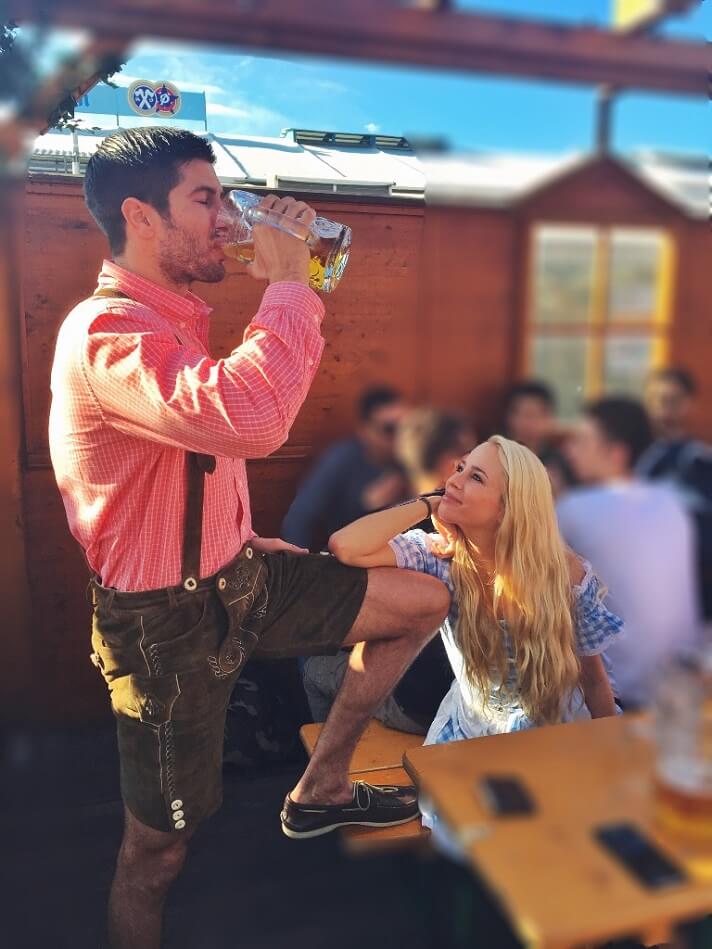 Leave the tent
For the love of God, do NOT leave the tent. Our first day, half of our group decided to walk around the festival while the other half watched the table. Well, within minutes the table was filled with new people and within the hour the table was essentially lost. Although, if it’s before 3pm and you have a stamp or ticket to get back in you might be able to get back in. Just be sure that most of the group holds down the table.

Leave your friends alone
Think of what happens when you separate from your group at a music festival. This is no different. Chances are no one will have cell phone service and everyone will be drunk. There is essentially a 100% chance that you won’t be finding each other unless you have a planned meeting spot. Buddy system everyone!

Go without a game plan
Know what tent you want to spend the day in and stick to it. Have a meeting spot and time planned out just in case someone gets separated from the group. If you have to commute out of Munich, be sure to check the train or bus timetables and make sure to set alarms and reminders in your phone so that you don’t miss the last train/bus.