Liechtenstein: How to Plan a Day Trip 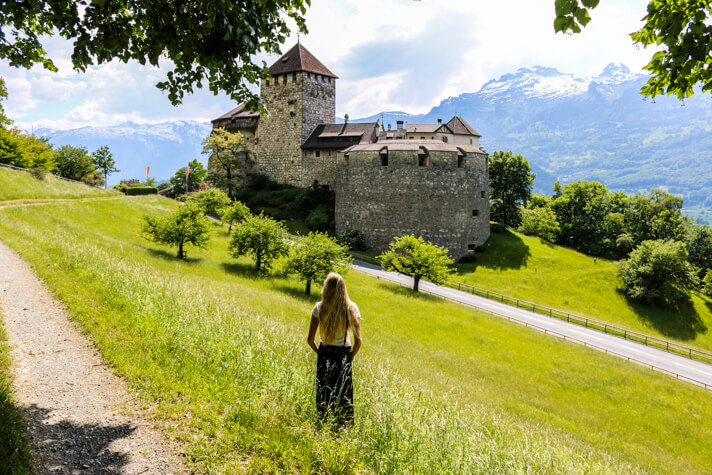 If you’re a European, you know about the beautiful country of Liechtenstein. If you’re not, you might not have ever heard of it. This tiny country is one of the smallest and richest in the world. Their per capita GDP is the second highest in the world while the mere 160 square kilometers it covers make it the 6th smallest country in the world. The history we encountered in here is evident and pretty awesome. From castles to a unique culture and identity – Liechtenstein has roots that date back almost 1000 years. However, the country has only been a sovereign country since it declared independence from the Holy Roman Empire in 1719. If you have a chance, visit Liechtenstein in 2019 and you’ll be able to celebrate the 200 year anniversary with the mere 37,000 citizens. We could have spent a much longer period of time exploring the mountains and quaint villages of Liechtenstein, but we decided to make it a day trip from Zurich. This blog will help you figure out how to plan a day trip to Liechtenstein – something that is feasible from Switzerland, Austria, Germany, and perhaps even northern Italy.

Liechtenstein is a fairy tale… 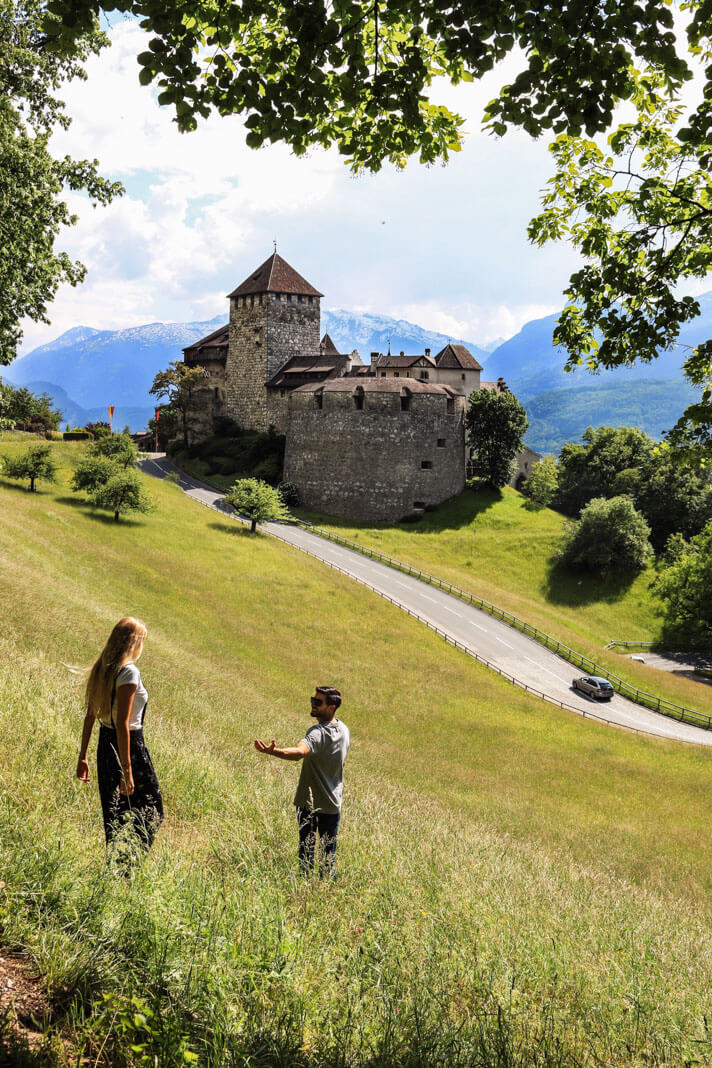 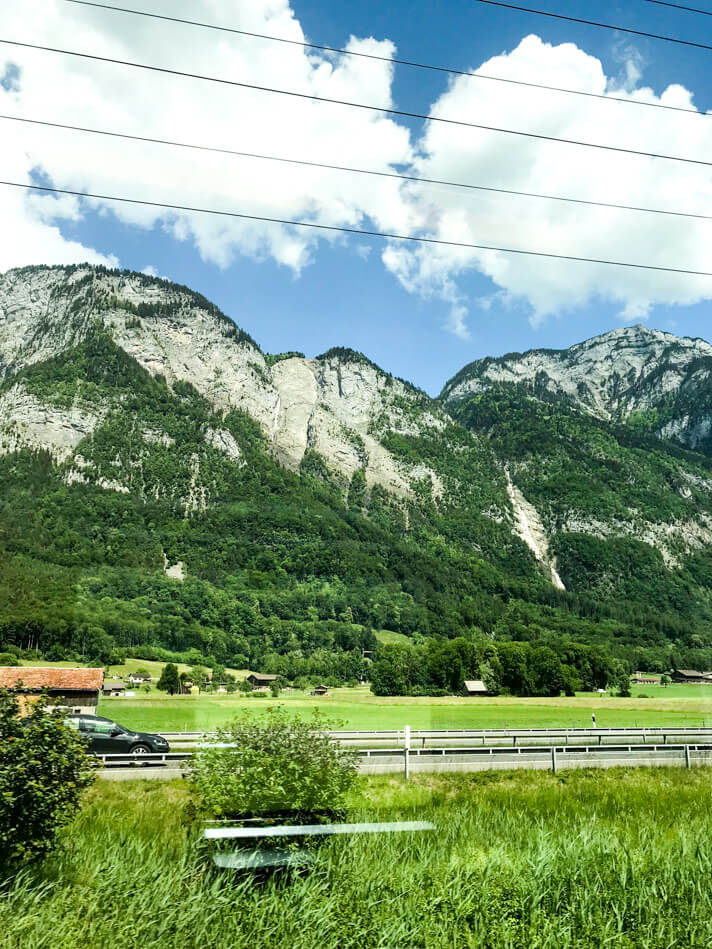 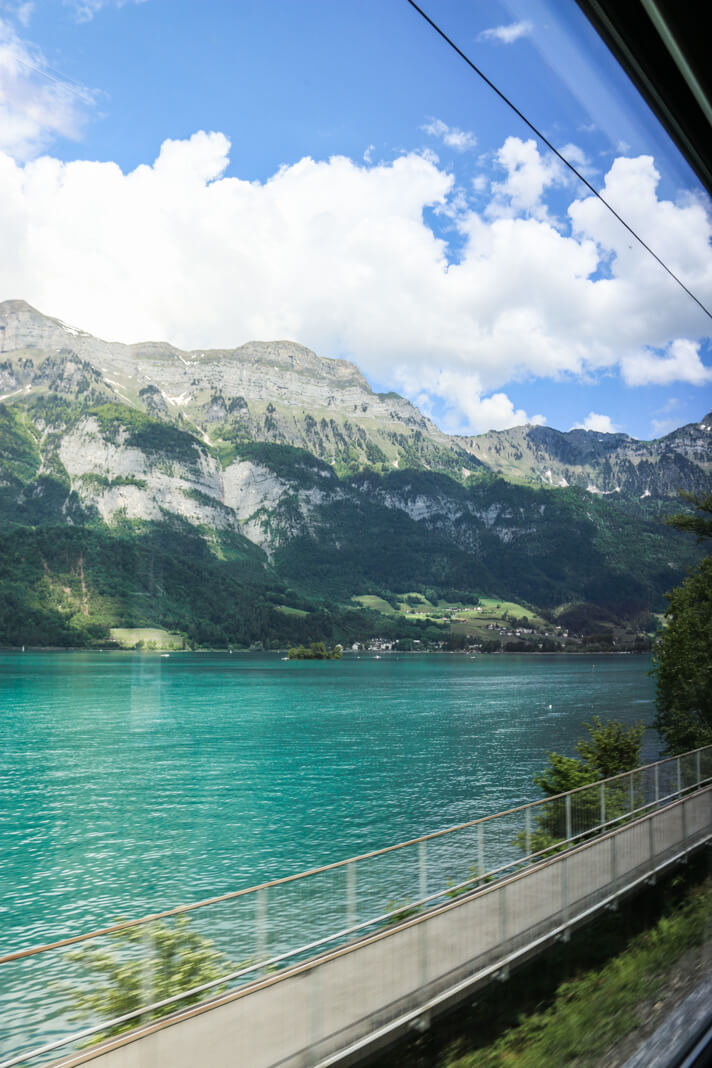 How to get to Liechtenstein

Well, you can fly, but it might be cost prohibitive and a waste of time. From Zurich (or any of the aforementioned areas) you can train and/or bus quite easily.

From Zurich – (total travel time = 1 hour 45 minutes) from Zurich, we took a train to Sargans (one of the last Swiss towns before the border of Liechtenstein. The train is 55 minutes in length and is probably the most beautiful train ride we have ever been on. We tried to get some good photos from the train to showcase how naturally beautiful the journey was, but the speed of the train and the reflection on the window made this a challenge. Regardless, we wanted to include some pictures so you could get an idea.

From Sargans, you’ll board a short bus (approximately 30 minutes). The bus crosses into Liechtenstein quite quickly but has a number of stops until you reach the capital city of Vaduz.

Things to do in Liechtenstein

There are loads of things to do in Liechtenstein; despite its size.

This part of our day was a bit of an unexpected challenge. Having just been in 50-degree (Fahrenheit) weather in Switzerland, we weren’t dressed for a 25-minute hike in 80-degree heat and direct sunlight. Typically this 25-minute hike to the castle would have been a breeze for us, but in Vans, jeans, and hoodies, it was a bit of a challenge. We quickly found ourselves stripping down and enjoying the sun.

From the center of Vaduz, you can follow signs for the castle, which leads you on a paved road and through a small neighborhood until you reach a trail. The trail takes you directly up to the castle.

If you get lost/confused, Google Maps has simple walking directions. You can also ask any of the locals who were all quite friendly to us.

Places to visit in Liechtenstein

Considering the topography, Liechtenstein has loads of lovely mountain towns making it a great destination for skiing and snowboarding in the winter. The following are towns that all warrant a visit regardless of the time of year. To visit these towns, you can either rent a car and drive or leverage the bus system – which works quite efficiently.