Best Books To Read While Traveling 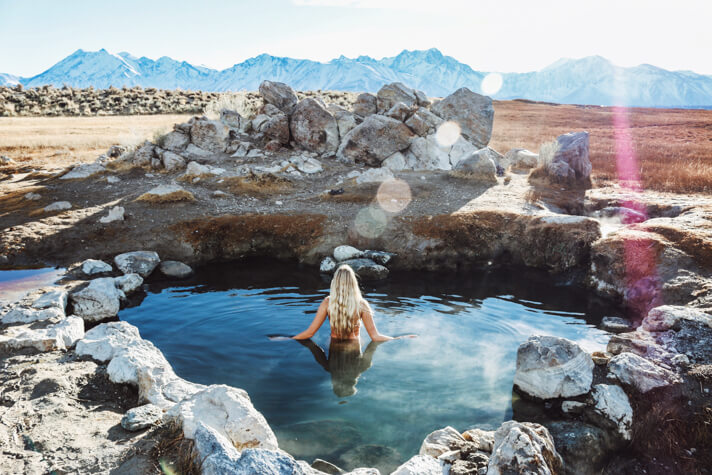 A couple years ago we put out a blog highlighting the best travel movies. When we are stuck at home, we often fulfill our wanderlust vicariously through good travel movies. The last blog we put up was on our site before we migrated to WordPress, and fittingly enough, it somehow got lost in the migration. We have seen some great travel movies this year, and were keen to update the blog anyway, so it is perfect that we will simply have to reproduce it with the new movies! These movies have the power to fulfill your wanderlust and transport you to places you’ve never had the chance to visit. Grab the popcorn and check them out! 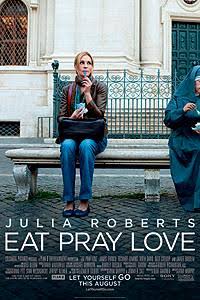 Liz Gilbert’s (Julia Roberts) personal journey is seen through a metaphor of her leaving home following a divorce and heading off for Italy, India, and Bali. Liz thought she had everything she wanted in life: a home, a husband and a successful career. Now newly divorced and facing a turning point, she finds that she is confused about what is important to her. Daring to step out of her comfort zone, Liz embarks on a quest of self-discovery that takes her to Italy, India and Bali. 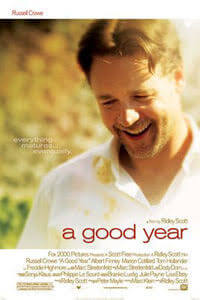 Failed London banker Max Skinner (Russell Crowe) inherits his uncle’s (Albert Finney) vineyard in Provence, where he spent many childhood holidays. Upon his arrival, he meets a woman from California who tells Max she is his long-lost cousin and that the property is hers. 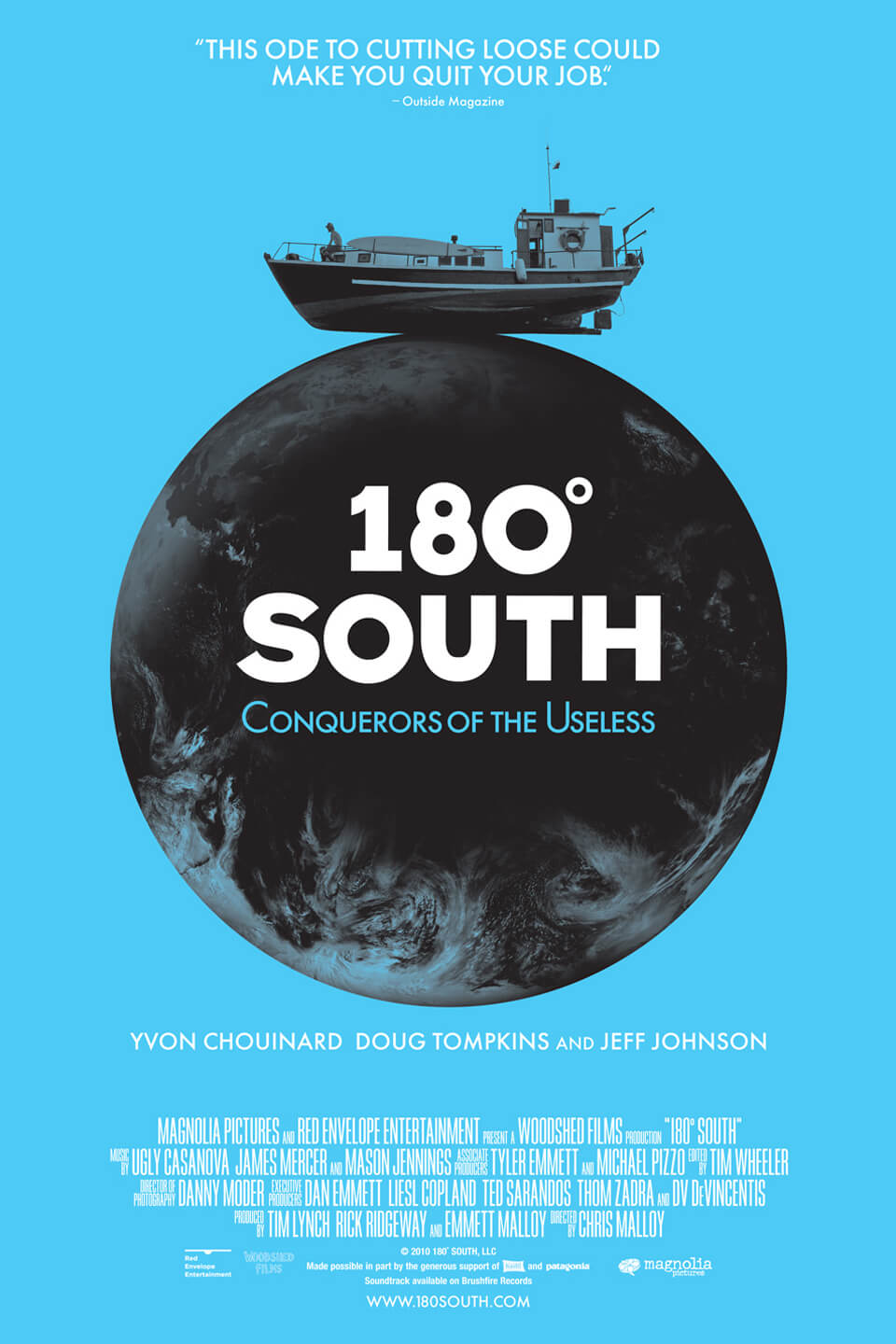 Adventurer Jeff Johnson retraces a 1968 trip to Patagonia undertaken by his heroes, Yvon Chouinard and Doug Tompkins. Always remember, it is about the journey.

Hector and the Search for Happiness 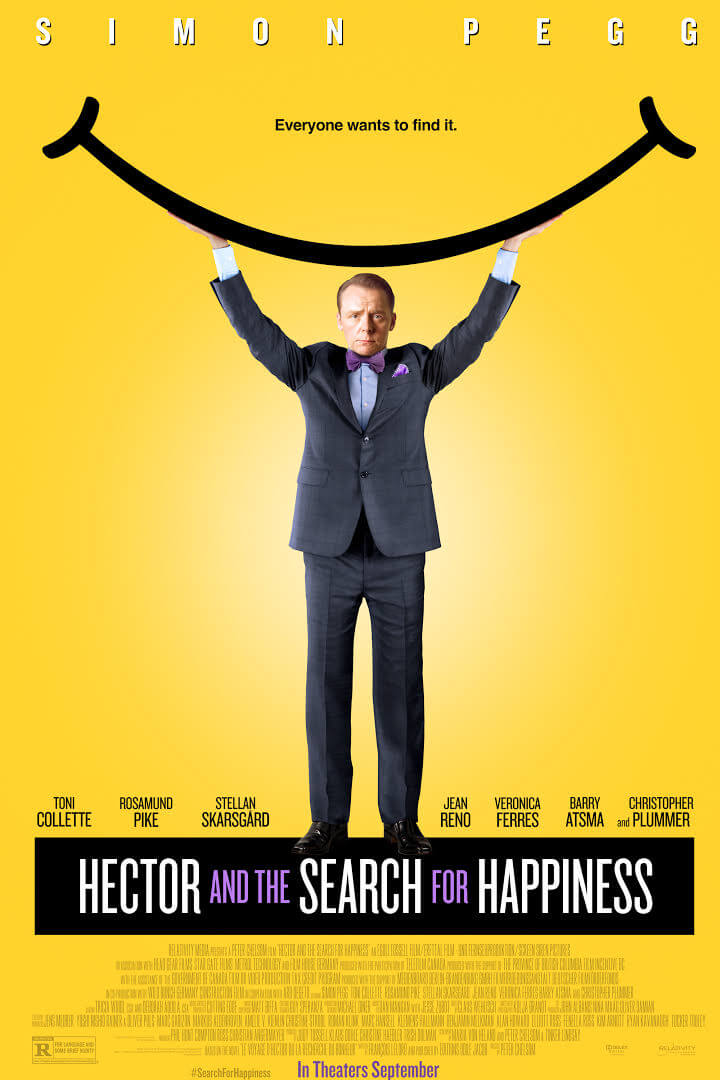 Disillusioned with the tedium of his existence, psychiatrist Hector (Simon Pegg) confesses to his girlfriend (Rosamund Pike) that he feels he is a fraud for dispensing recommendations to patients who never seem to improve or get any happier. He considers breaking out of his lackluster routine. Summoning up some courage, Hector gives his starved curiosity free rein and embarks on an international quest to find the right formula to bring him joy and vitality. 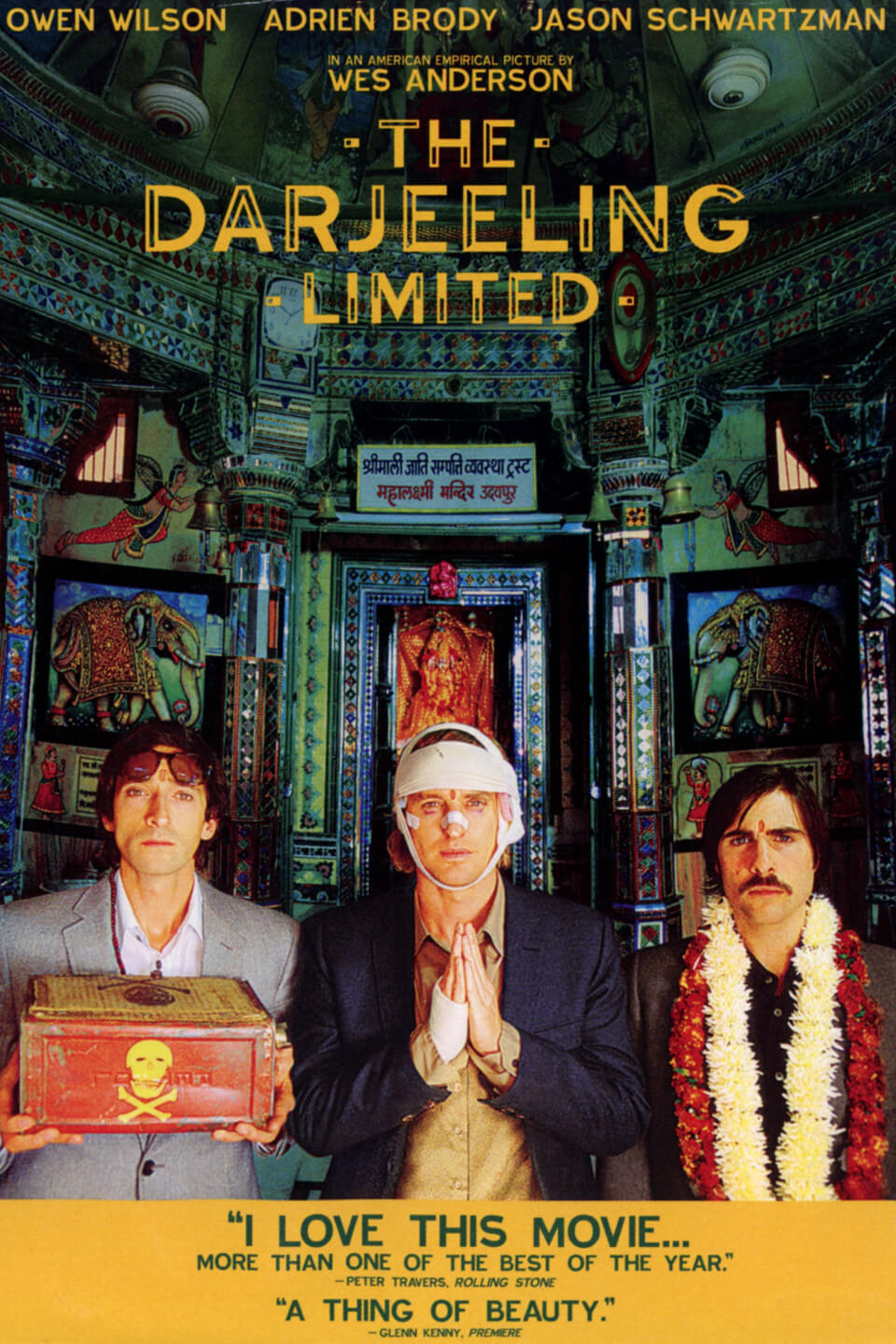 Estranged brothers Francis (Owen Wilson), Peter (Adrien Brody) and Jack (Jason Schwartzman) reunite for a train trip across India. The siblings have not spoken in over a year, ever since their father passed away. Francis is recovering from a motorcycle accident, Peter cannot cope with his wife’s pregnancy, and Jack cannot get over his ex-lover. The brothers fall into old patterns of behavior as Francis reveals the real reason for the reunion: to visit their mother in a Himalayan convent.

Under The Tuscan Sun 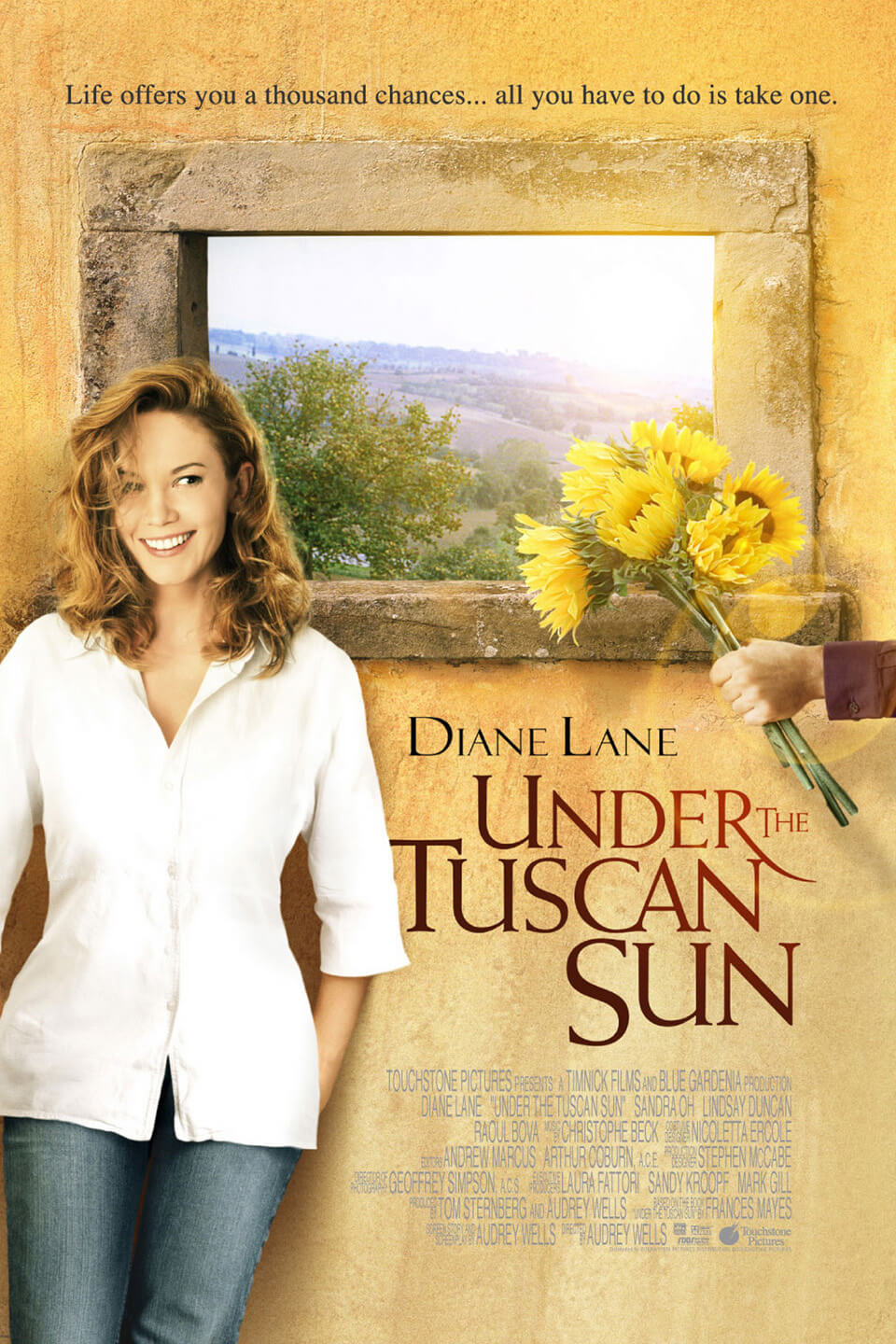 When Frances Mayes (Diane Lane) learns her husband is cheating on her from a writer whom she gave a bad review, her life is turned upside down. In an attempt to bring her out of a deep depression, her best friend, Patti (Sandra Oh), encourages Frances to take a tour of Italy. During the trip, the new divorcée impulsively decides to purchase a rural Tuscan villa and struggles to start her life anew amid colorful local characters, including the handsome Marcello (Raoul Bova). 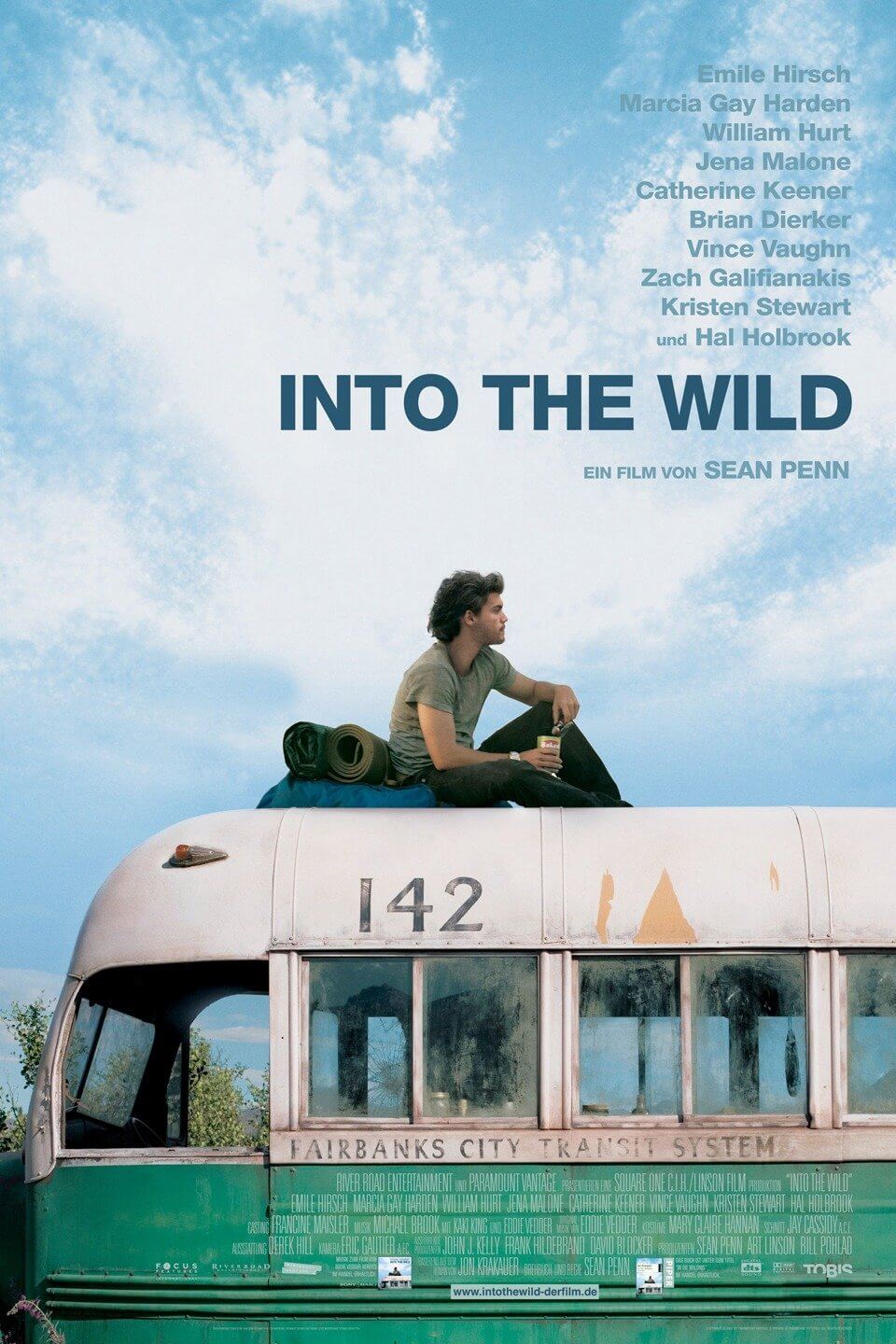 Christopher McCandless (Emile Hirsch), son of wealthy parents (Marcia Gay Harden, William Hurt), graduates from Emory University as a top student and athlete. However, instead of embarking on a prestigious and profitable career, he chooses to give his savings to charity, rid himself of his possessions, and set out on a journey to the Alaskan wilderness. 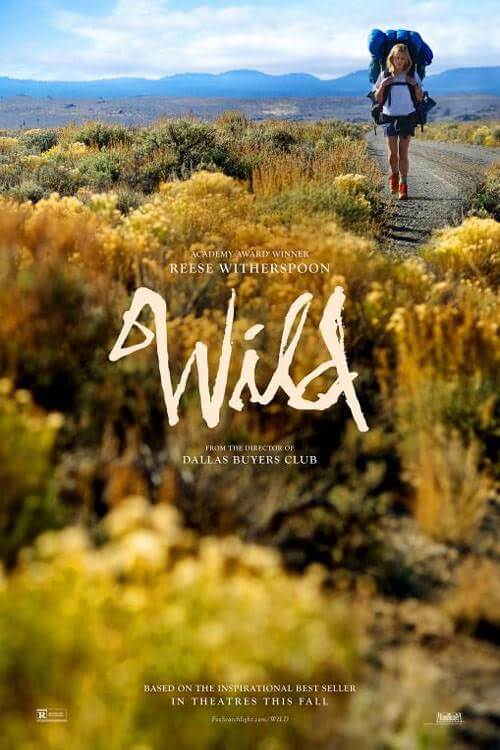 Driven to the edge by the loss of her beloved mother (Laura Dern), the dissolution of her marriage and a headlong dive into self-destructive behavior, Cheryl Strayed (Reese Witherspoon) makes a decision to halt her downward spiral and put her life back together again. With no outdoors experience, a heavy backpack and little else to go on but her own will, Cheryl sets out alone to hike the Pacific Crest Trail — one of the country’s longest and toughest through-trails. 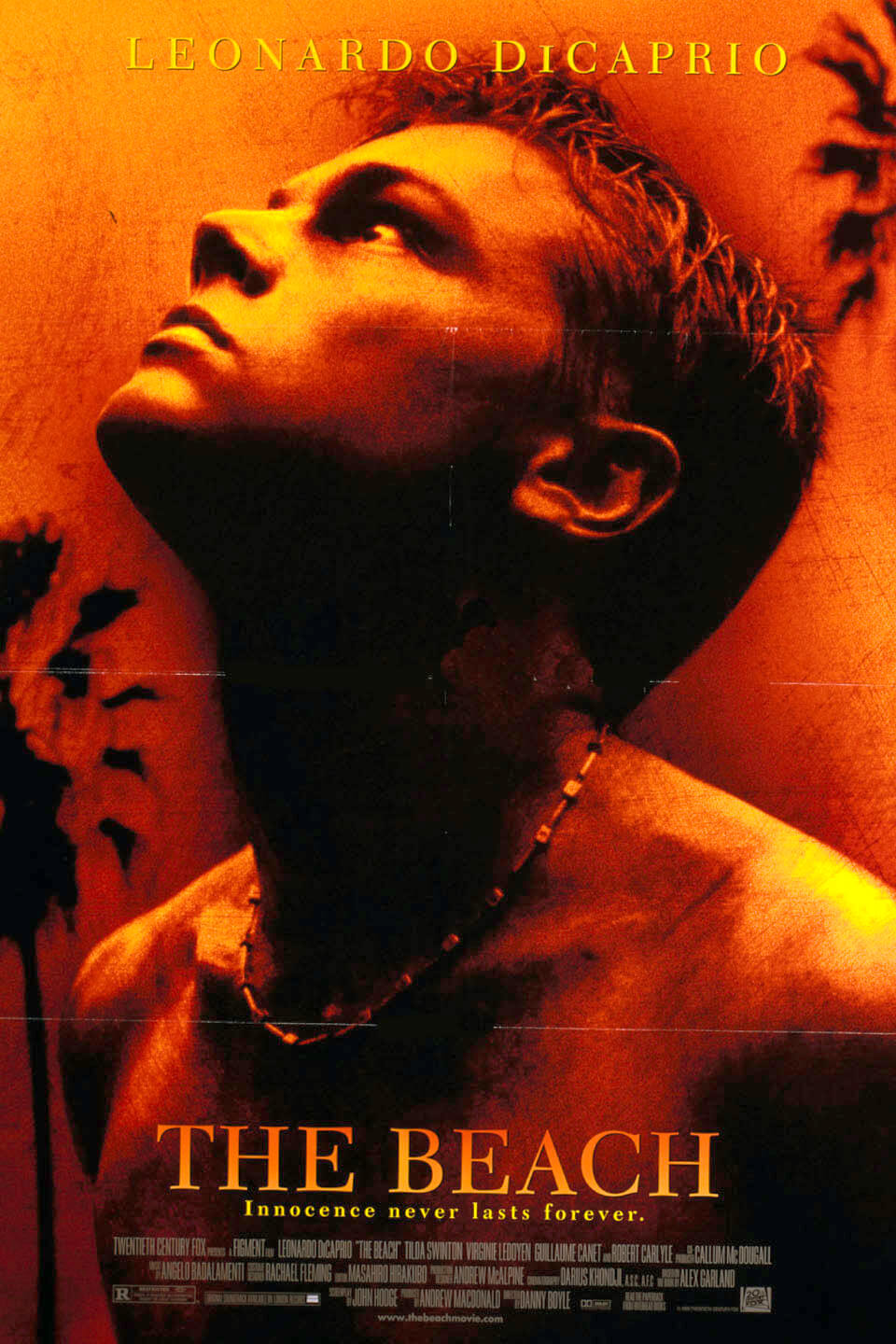 The desire to find something real — to connect with something or someone — is what drives Richard (Leonardo DiCaprio), a young American backpacker who arrives in Thailand with adventure on his mind. Etienne (Guillaume Canet) and Francoise (Virginie Ledoyen) join him on an adventure to “The Beach,” a mystical paradise. However, this paradise is less than perfect.

The Art of Travel 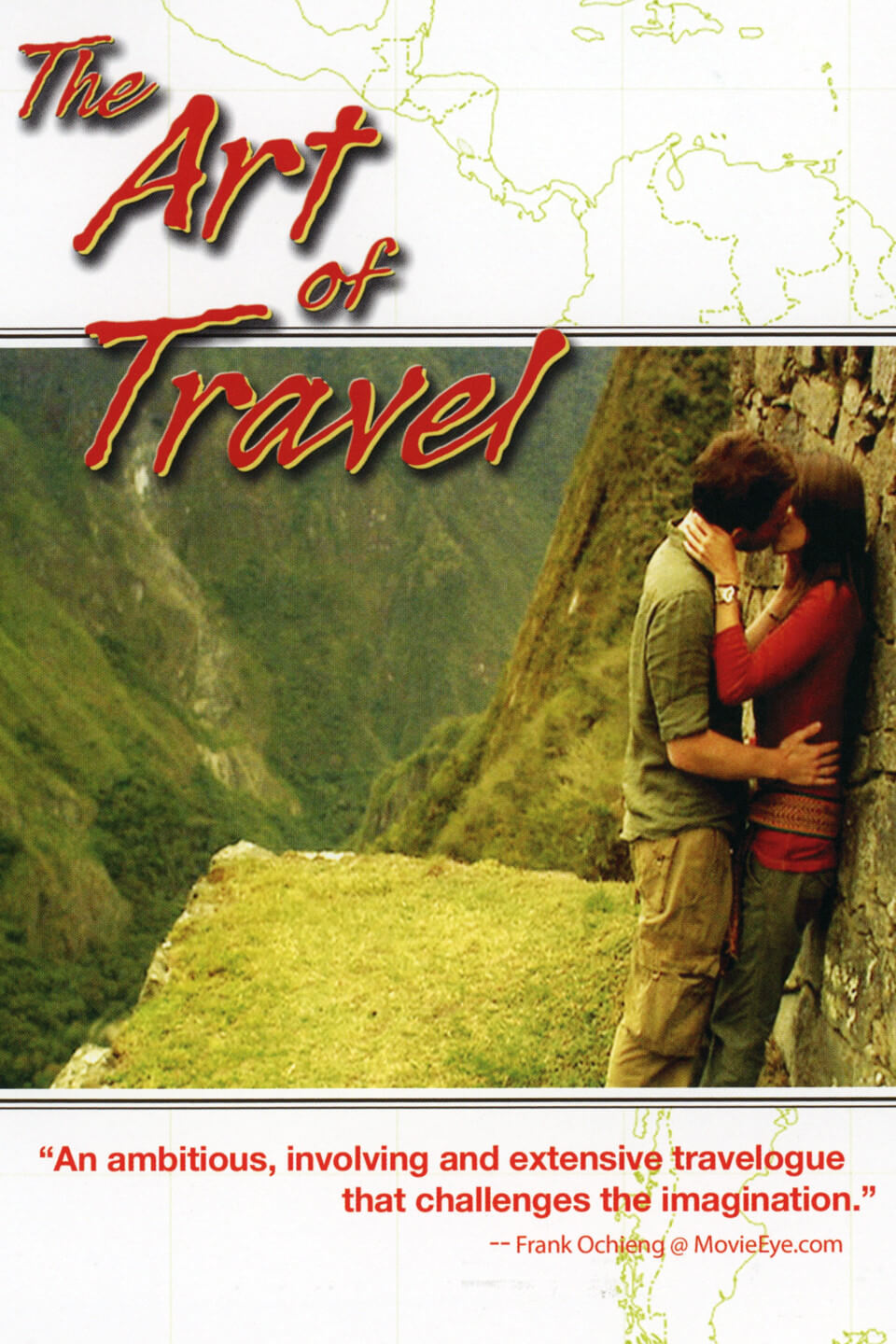 Conner goes on his honeymoon, alone, and finds adventure with a ragtag group in Central America. 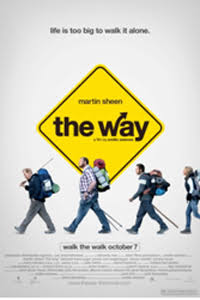 An American father travels to France to claim the body of his estranged son, who was killed on the trek through the Pyrenees. 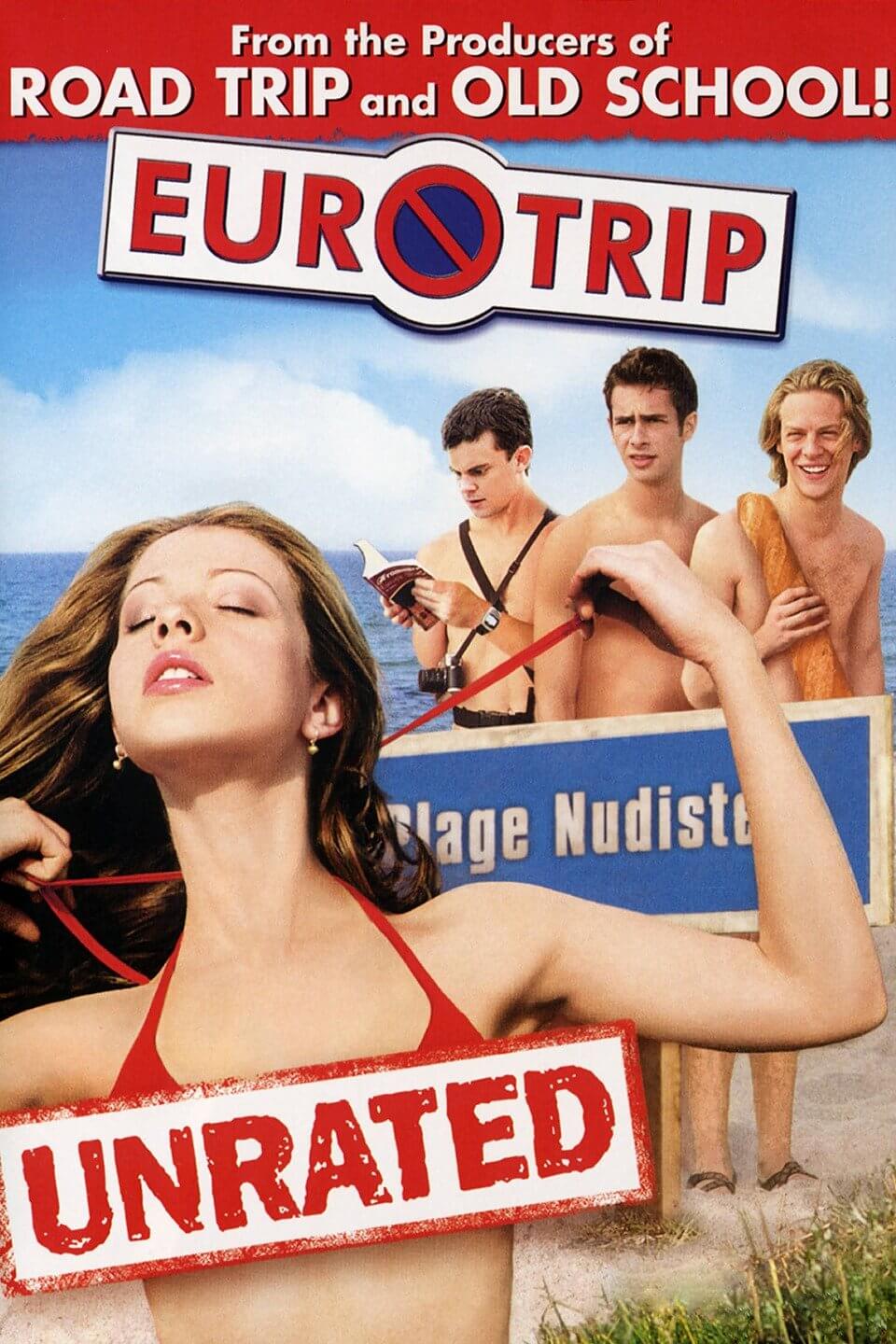 After a brutal breakup at a high-school graduation party, lovelorn Ohio teen Scott Thomas (Scott Mechlowicz) goes on a quest across Europe to find his sexy German pen pal, Mieke (Jessica Boehrs). Joining him are his brainless buddy (Jacob Pitts) and a pair of twins (Travis Wester, Michelle Trachtenberg) they meet up with in Paris. Scott’s quest does not turn out to be easy, however, and the backpackers become embroiled in many farcical situations as they hop from country to country. 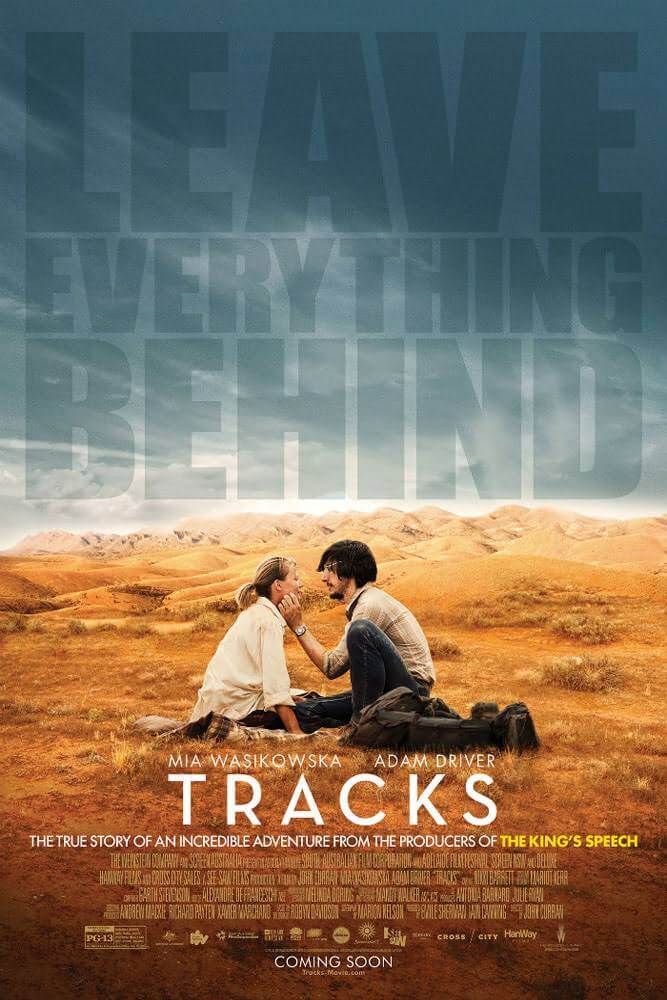 Accompanied only by her faithful dog and four camels, an Australian (Mia Wasikowska) satisfies her craving for solitude by embarking on a solo trip across the desert from Alice Springs to the Indian Ocean. 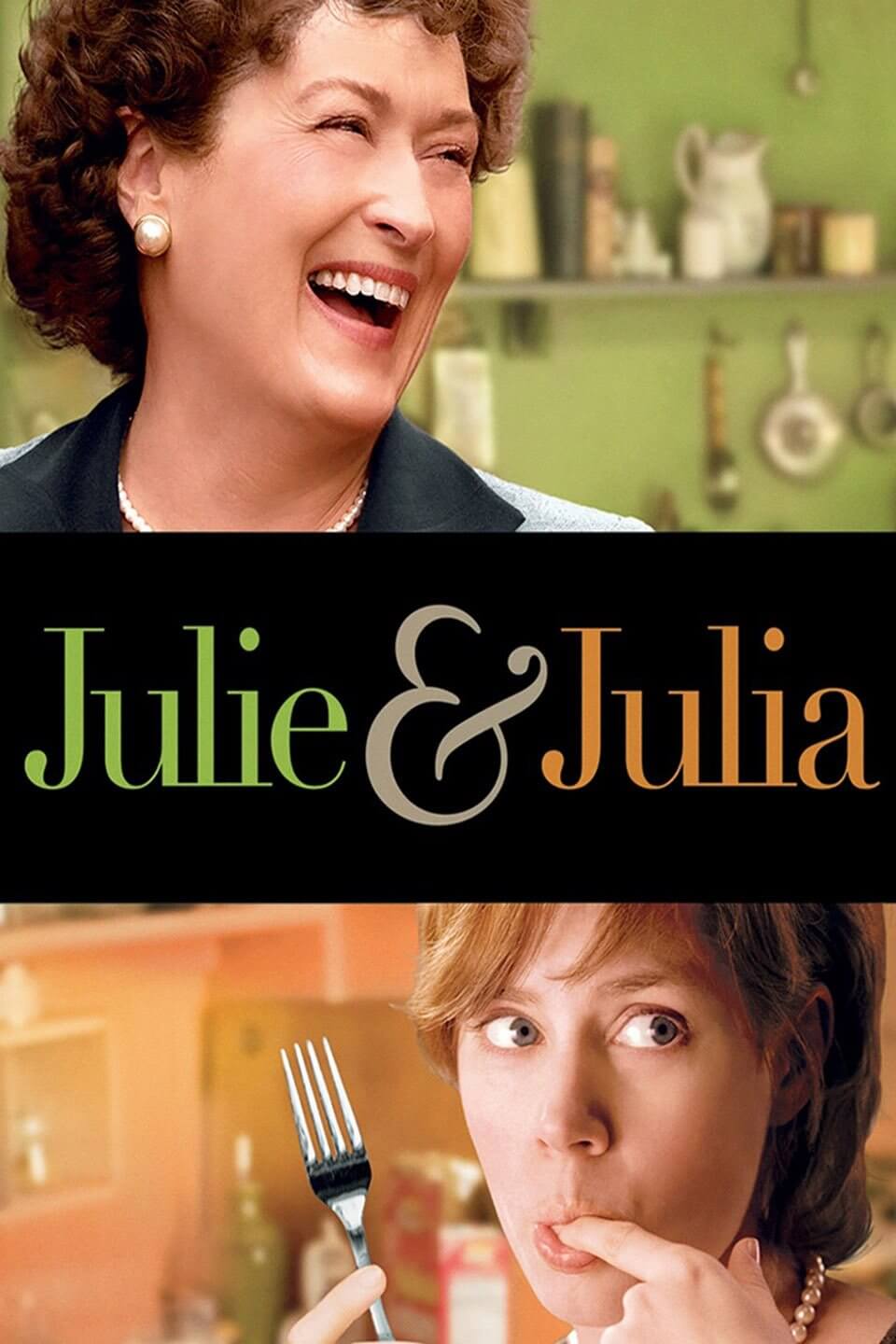 Frustrated with a soul-killing job, New Yorker Julie Powell (Amy Adams) embarks on a daring project: she vows to prepare all 524 recipes in Julia Childs’ landmark cookbook, “Mastering the Art of French Cooking.” Intertwined with Julie’s story is the true tale of how Julia Child (Meryl Streep) herself conquered French cuisine with passion, fearlessness, and plenty of butter. 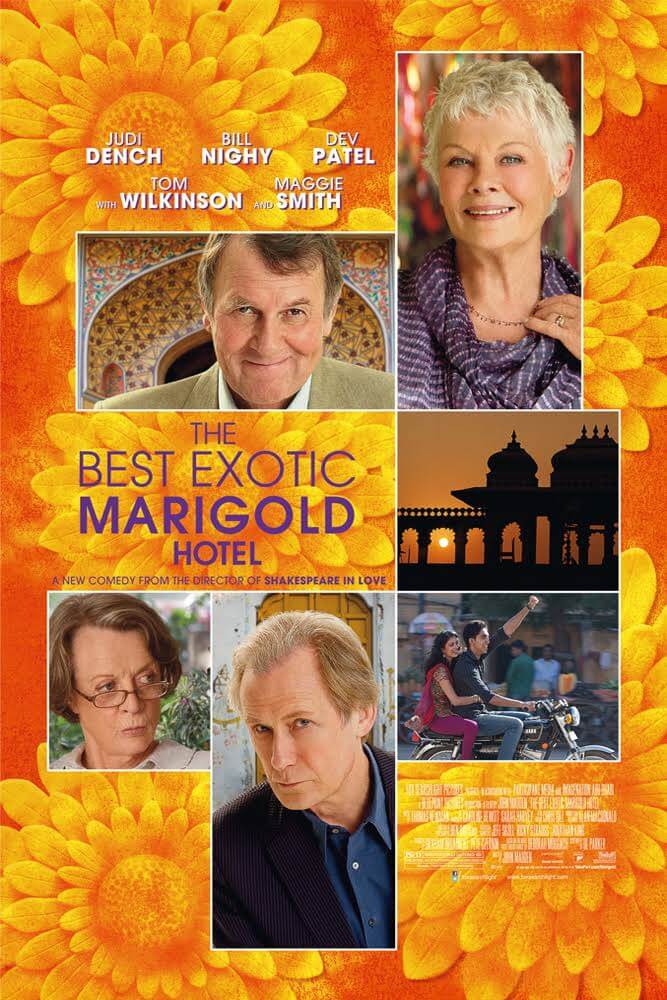 Some British retirees (Judi Dench, Maggie Smith, Bill Nighy) decide to outsource their retirement to exotic — and less expensive — India. Lured by advertisements for the newly restored Marigold Hotel and imagining a life of leisure in lush surroundings, they arrive and find that the Marigold is actually a shell of its former self. Though their new home is not quite what they had imagined, the retirees find that life and love can begin again when they let go of their pasts. 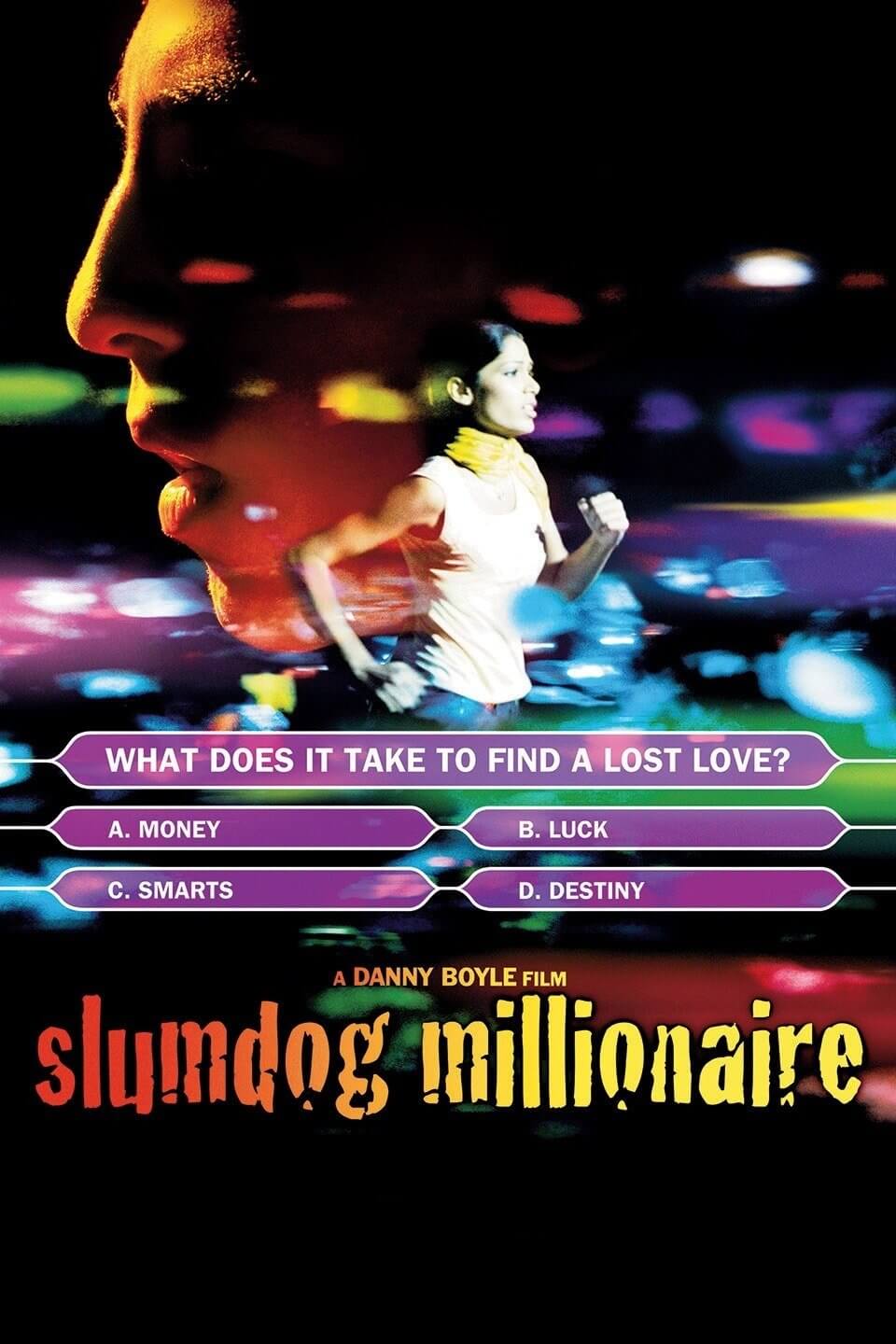 As 18-year-old Jamal Malik (Dev Patel) answers questions on the Indian version of “Who Wants to Be a Millionaire,” flashbacks show how he got there. Part of a stable of young thieves after their mother dies, Jamal and his brother, Salim, survive on the streets of Mumbai. Salim finds the life of crime agreeable, but Jamal scrapes by with small jobs until landing a spot on the game show. 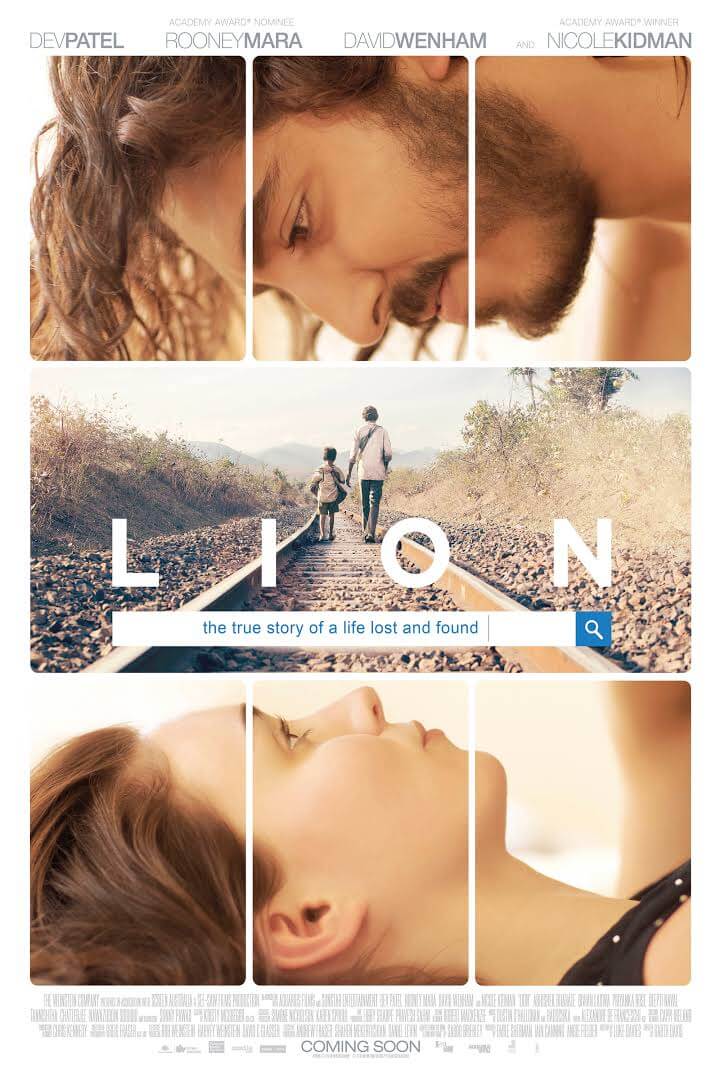 Five year old Saroo gets lost on a train which takes him thousands of miles across India, away from home and family. Saroo must learn to survive alone in Kolkata, before ultimately being adopted by an Australian couple. Twenty-five years later, armed with only a handful of memories, his unwavering determination, and a revolutionary technology known as Google Earth, he sets out to find his lost family and finally return to his first home. 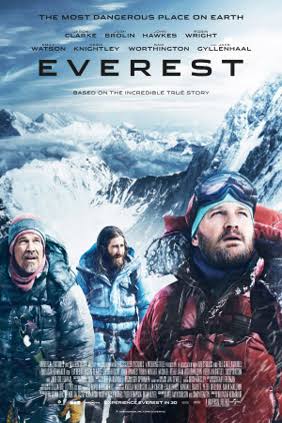 On the morning of May 10, 1996, climbers (Jason Clarke, Josh Brolin) from two expeditions start their final ascent toward the summit of Mount Everest, the highest point on Earth. With little warning, a violent storm strikes the mountain, engulfing the adventurers in one of the fiercest blizzards ever encountered by man. Challenged by the harshest conditions imaginable, the teams must endure blistering winds and freezing temperatures in an epic battle to survive against nearly impossible odds.

A Map For Saturday 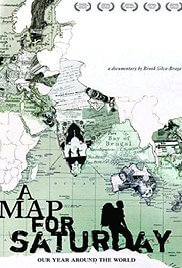 Filmmaker Brook Silva-Braga documents his solo travels around the world. 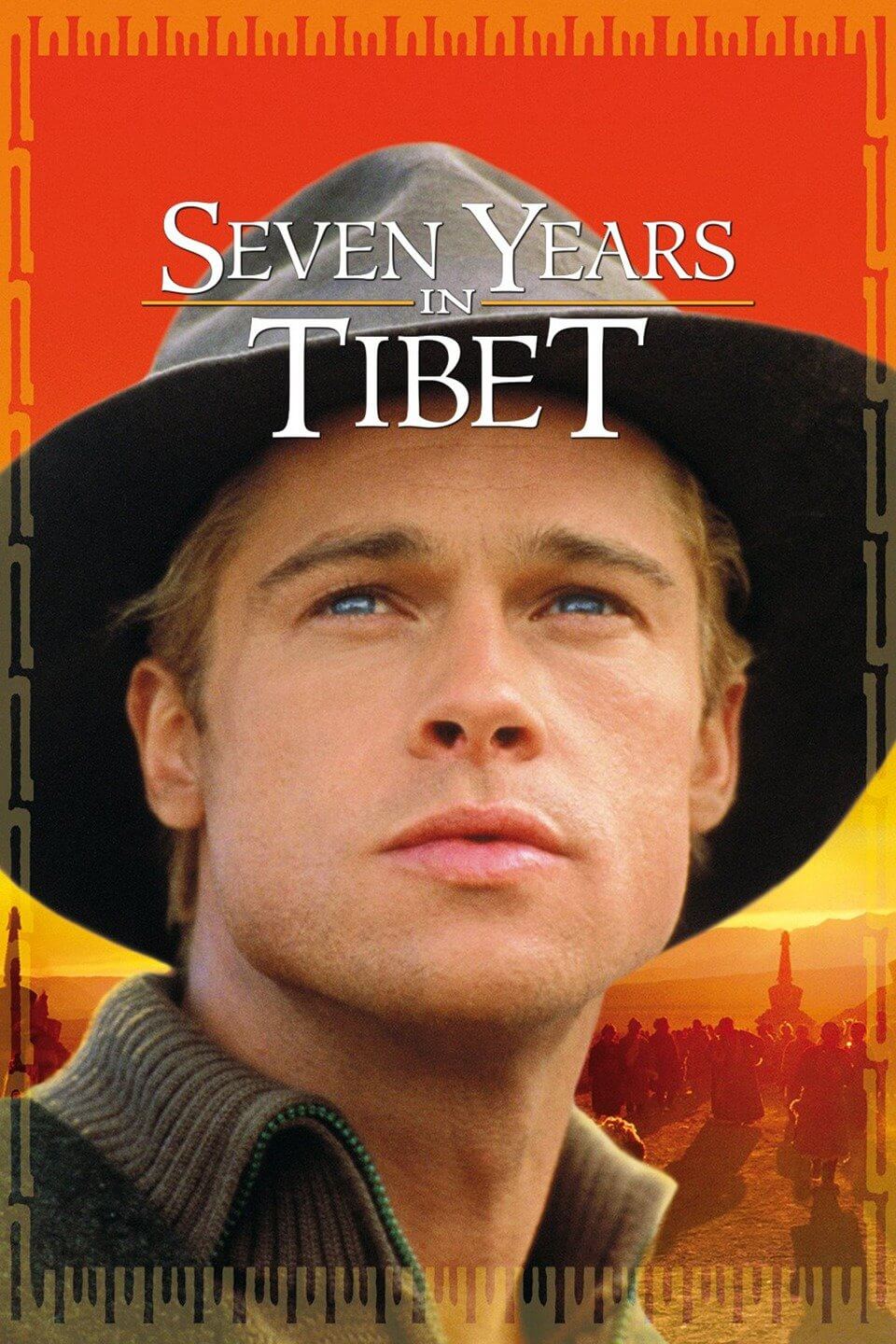 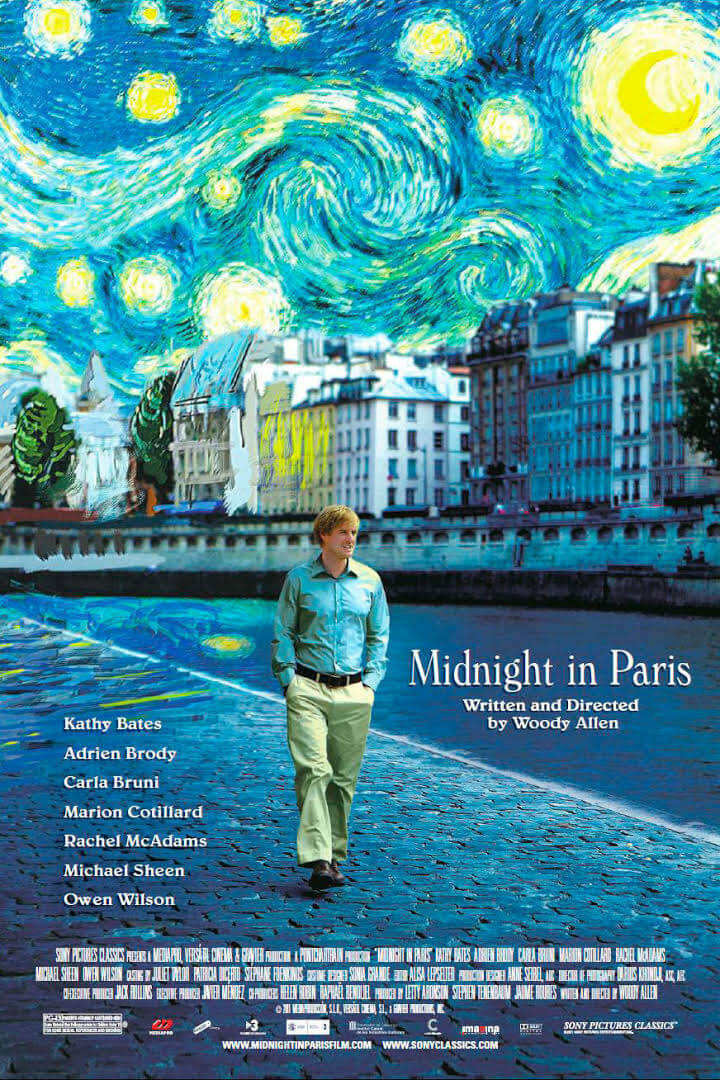 Gil Pender (Owen Wilson) is a screenwriter and aspiring novelist. Vacationing in Paris with his fiancee (Rachel McAdams), he has taken to touring the city alone. On one such late-night excursion, Gil encounters a group of strange — yet familiar — revelers, who sweep him along, apparently back in time, for a night with some of the Jazz Age’s icons of art and literature. The more time Gil spends with these cultural heroes of the past, the more dissatisfied he becomes with the present.

**Disclaimer: Couple’s Coordinates does not own any of the above images. All images are sourced from Google searches and are the cover art for their respective movies.**