How To Travel For (Almost) Free

What Travel Has Taught Us About Health 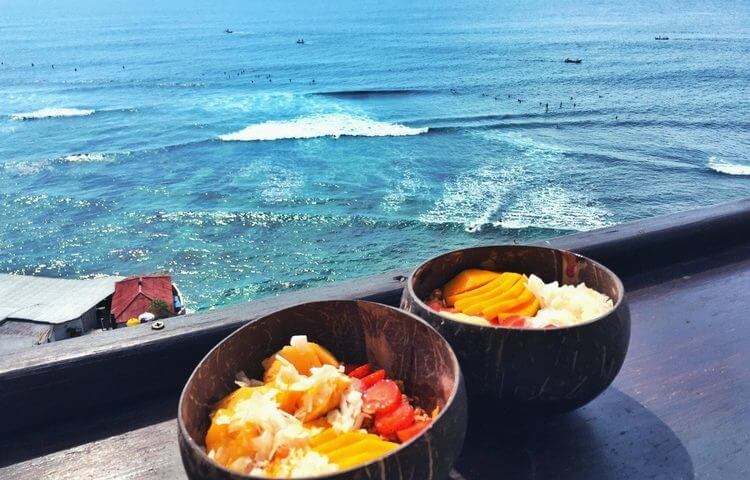 When we first launched Couple’s Coordinates in 2015 our initial idea was to create a blog that helped travelers figure out how to stay healthy while traveling. It didn’t take long for us to realize that 1) health + travel is a niche within a niche and our blog would never scale to the level we have reached today if we only produced content for this niche within a niche and 2) We enjoy pizza and gelato far too much to try to put a healthy spin on everything we post. Regardless, we have dedicated a number of blogs to help our readers stay healthy and fit while traveling. These blogs invariably offer nutrition and fitness suggestions as well as random tips for helping one to mitigate gaining 10 kilos on holiday. It is ironic, however, that even with a wealth of knowledge prior to traveling extensively, travel has been a massive help in educating us about health and nutrition.  There are loads of things that we have learned from various places around the world that we have incorporated into our diets and lessons that the FDA would do well to pay attention to. These are some of the most notable items from our list of what travel has taught us about health.

What Travel Has Taught Us About Health

Want to live to be 100? Blue Zones are areas around the world where people live longer than the world average. Sardinia, Italy, Okinawa, Japan, Icaria, Greece, Nicoya Peninsula, Costa Rica, and somehow Loma Linda, California make up the world’s Blue Zones where a material percentage of the population live to become considered centenarians – those who live to be 100+ years old.

Studies and research have found that each of these societies (while unique in their own right), share a myriad of similarities regarding diet and lifestyle. Each places a strong emphasis on a plant-based diet (consuming legumes regularly) while avoiding smoking, stressing the importance of family and social engagement, and engaging in constant, moderate, physical activity.

We were really excited when we heard about this Blue Zone idea as our lives align quite well with the aforementioned. Our diets are quite similar to the Blue Zone diet, we exercise almost daily, make a point to walk a minimum of a couple miles a day, don’t smoke, and make a point to regularly engage socially both with friends and our families.

Everything in the US is Superfluous

Go to McDonald’s in another country and compare the size of the products to those in the United States. Head to a convenience store or a restaurant in Europe or Asia and try to order a liter of cola – or better yet, a big gulp (a 48-ounce soda like you’ll find at gas stations in the States). Compare the plates you get at restaurants in the United States to those that you receive in every other part of the world. You’ll immediately notice that everything in the US is superfluous. Starbucks even serves a smaller “venti” in European countries which should be a pretty good indicator that we are simply supersizing our nation. Simply by having larger portions, bigger plates, cups that hold twice as much liquid, and meals that could feed a family, we are programmed to overeat and over consume (natural resources).

While looking at the healthiest cultures in the world, we note that most of these cultures stress eating until one is 80% full. Here in the States, we eat until we have to unbutton our pants.

Chemicals in Food in the US

The Food and Drug Administration (FDA) is an absolute nightmare. Their initial charge was to ensure that Americans are consuming food and drugs that are safe. This charge has seemingly become distorted as money has become the driving force in, well, everything. There are thousands of banned chemicals still allowed in food and cosmetics that are otherwise banned and considered toxic outside the US. The EU takes a very risk averse approach to chemicals and has banned things that you likely consume on a daily basis in your food in the US. We hypothesize that these chemicals are one of many variables as to why Europeans outlive Americans by a number of years (on average).

Obesity is an American Problem

Yes, there are overweight people all around the world. Sure, there are even obese people around the world. That doesn’t negate the fact that obesity is largely an American problem. During our first stints outside the US (primarily in Europe) we noticed something…no one was obese. When we would see obese individuals, more times than not they would turn out to be from the US. This should let us know that there is something the rest of the world is doing that we simply aren’t – or something we are doing that they are avoiding. In all likelihood, there are dozens of reasons why America suffers from such a large obesity problem. One must consider that we walk less, eat more processed food, are a nation of fast food, live in a country where everything is superfluous (but the bigger the better, right?), consume food that has been pumped full of hormones and chemicals, drink liters of cola, commute to work for 2 hours and then sit at a desk for 8-10 hours doing something we hate while simultaneously filling our lives with stress and anxiety…..

The US is the fattest nation in the world – by a LONG shot. Studies indicate that 66% of Americans are either overweight or obese. That is 2 in every 3 people. Compare that to the average found around the remainder of the world: 37% obese or overweight. In children, the numbers are sadly similar: 29% vs 14%. Some US states (Arkansas, West Virginia, Mississippi, and Louisiana) have obesity rates eclipsing 35%. That doesn’t include overweight individuals…just obese. Even our “healthiest” state (Colorado) has an obesity rate over 20%.

Mental Health is Just as Important as Physical Health

Integrating oneself into positive social situations, building and maintaining close relationships, and managing stress levels are 3 of the most important things that contribute to one’s longevity. Crazy, right? Relationships, social integration, and stress contribute as much or more to how long (or short) you live as do cigarettes, exercise, etc.

While we have traveled around the world, we have found that Americans work far too much, care far too much for money and things, and often replace family and friends for money and power. We wrote recently about the happiest countries in the world and highlighted a stark contrast between the happiest countries and the most overworked countries. Mental health is something that is far too often overlooked, but we really ought to place an equal or greater emphasis on our mental health than we place on our physical health. Travel to the most remote parts of the world where villages of children smile and play without a worry in the world and you’ll begin to realize that all of our stuff simply complicates things. To a certain point, money provides security. Studies have shown that money can buy happiness up to about $75,000 in income per year. After that, income seems to be a superfluous variable that does not contribute to happiness. It simply goes back to Maslow’s Hierarchy of Needs. In the US, an income of $75,000 is enough to provide shelter, stability, security, and some niceties to afford one various pleasures of life (unless you live in LA, NYC, or San Francisco – then $75,000 is enough to barely pay rent and feed oneself). But there was is empirical evidence to suggest an income of $100,000 or $1,000,000 would make one any happier than if he or she were to make $75,000. More important are one’s relationships with his or her family, his or her friends, and quite frankly his or herself.

Dolce fa niente comes to mind when thinking about how nice it is to simply do nothing while enjoying the company of close friends and family.

This idea is proven in our notes on the Blue Zone above. Mental health and family are paramount in these locations and is a key contributor to the longevity of the inhabitants; many of whom live to be more than 100 years old.

Everything Should Be Organic

Capitalism is awesome. Corporatism and greed are not awesome. Corporations that make food provide our world two very important things: 1) jobs for millions of employees and 2) food for the masses. This is a fantastic model until greed gets in the way. The shit that is being done to our food to increase shelf life, cut the cost of production, and increase the bottom line of corporations is disgusting. Greed has gotten in the way of an otherwise altruistic business that humans have known since the beginning of time: farming. Our cows are injected with hormones, our chickens are caged up so they’re eating and shitting in the same place before they’re stuffed with antibiotics, our crops are covered in pesticides and are even often genetically modified, and our packaged food is filled with additives that 99% of the world don’t understand (and probably can’t even pronounce). The problem is ignorance. People simply don’t know what they’re consuming.

Even the winemaking process is subject to strict laws in places like Italy and France. While wine tasting in Provence we were informed that not only are vineyards under strict regulation to meet AOC (essentially regional) requirements but that they also must grow and cultivate wine organically and without irrigation. Quite a stark difference from our profit-focussed strategy which places more importance upon cutting time to market and cutting cost. France recently passed a law mandating that grocery stores donate excess food to those in need rather than throwing it away. Obviously, they’re a bit further ahead than we are in the States.

What has travel taught you about health, lifestyle, etc? 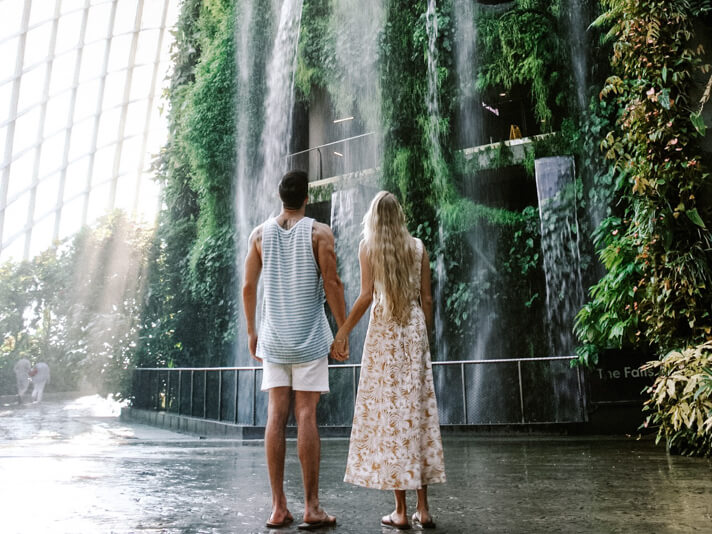 Things to do in Singapore 2019 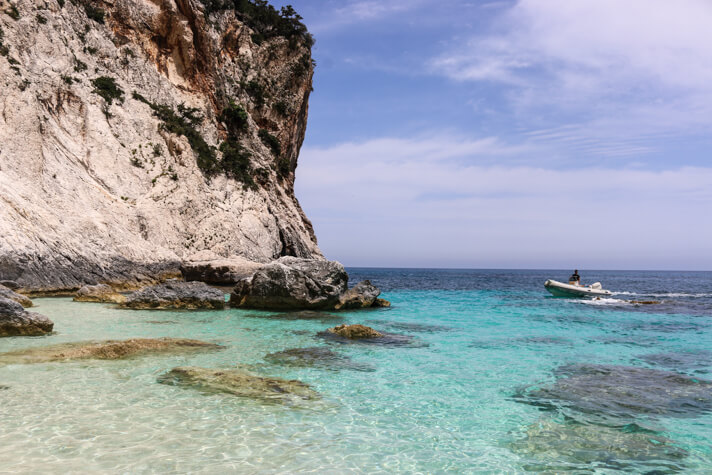 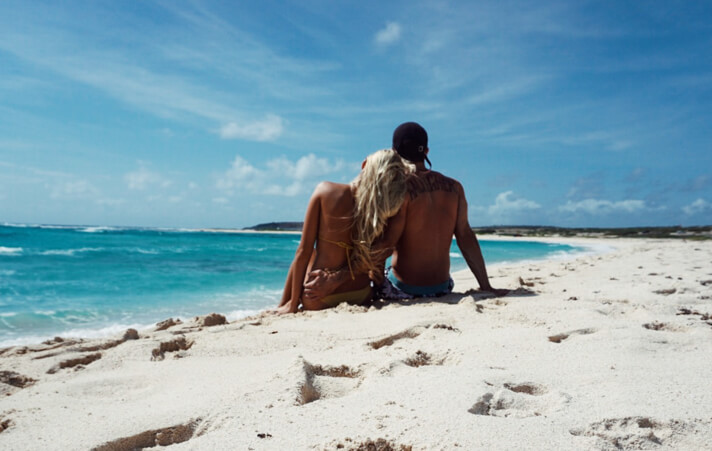