How to Get to Santorini

How to Visit Australia on a Budget 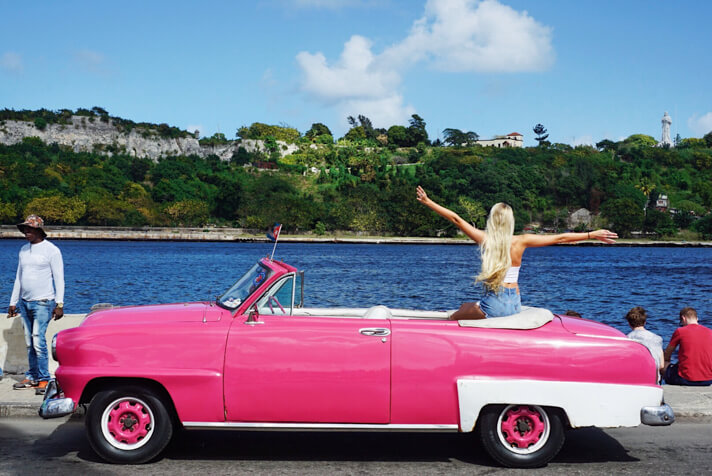 Everyone knows that the United States and Cuba have had a tumultuous relationship for the better part of the last 60 years, but few people are familiar with the current travel requirements for Americans hoping to visit Cuba. Back in 2014, President Obama announced a goal to strengthen relations with Cuba and roll back half a century of negative relations. In 2015, Obama removed Cuba from the United States’ list of Sponsors of Terrorism and in 2016 President Obama became the first US president to visit the island nation since 1928. But on January 20, 2017, President Trump was sworn in and it wasn’t long before laws changed. American travelers are now concerned with how to get to Cuba in 2019. Well, you’re in luck because it’s actually not too difficult!

Can Americans travel to Cuba?

Tourist travel to Cuba remains prohibited. You must obtain a license from the Department of Treasury or your travel must fall into one of 12 categories of authorized travel.

When we visited in 2017, we did have to obtain a visa and state our reason for travel. Journalism was the natural option as we are the proprietors of a travel blog. So, while political and economic relations between the US and Cuba seem to have returned to pre-Obama era policies, Americans can still travel to Cuba (just not for “tourism”). There may be fewer flight options and more regulations, but it is feasible.

The most recent legal updates were regulations that took effect on June 5, 2019, restricting the People to People category (most impacting tour companies etc.).

Americans can travel to Cuba in 2019 under 11 different categories (1 fewer than the State Department claims after the June 5 update). In addition, American cruises will no longer dock in Cuba.

In order for Americans to legally travel to Cuba, one must simply choose a category (such as Support for the Cuban people) stipulate that when booking a flight and purchasing a visa and confirm this category upon return at US Customs.

Cuban-Americans are, of course, able to travel to and from Cuba to visit family. If you’re an American traveling to Cuba, be sure to keep your documentation, receipts, etc. for 5 years in case, the State Department or US Customs and Border Patrol ask you to furnish this information.

Can you fly direct from the USA to Cuba?

In 2017, we took advantage of Obama’s recently negotiated deal and embarked upon our first trip to Cuba on a very, very, easy 5-hour direct flight from LAX to Havana. In 2019, that flight does not operate (probably) because, in June 2017, Trump essentially did a Ctrl + Z on the Obama Cuba deal and undid the work that had been done. The Trump administration claimed that the new deal was one-sided and needed to be renegotiated to be fair to the United States. As a result, many airlines have scaled back flights because of uncertainty and potential risk.

A number of American airports have direct flights to Havana, however, the easiest way to reach Havana from the United States is to fly from Miami or Fort Lauderdale, Florida. Both flights are just about an hour in length and these airports offer connections for Delta and other major airlines.

There are a number of things you need to know before traveling to Cuba, so be cautious in your research.